When you approach the walls of Medieval Old Town of Rhodes you are about to enter the oldest inhabited medieval city in Europe. It's a thrill to behold. Best to know one thing from the start about the Old Town of Rhodes: It's not laid out on a grid - not even close.

In the Medieval - Old - Town of Rhodes one may for sure enjoy one of the most interesting walks on the island. Do not let the "medieval" mislead you: rather than a ruined, deserted setting, you will be pleasantly surprised to wander through an intricate network of busy little commercial streets delightfully alternating with quiet alleys, in what is a very much alive town consistently dwelt in over the last two thousand years!  No wonder, therefore, that for some time now, the Medieval Quarter of Rhodes - the oldest inhabited medieval town in Europe - forms part of the UNESCO World Cultural Heritage network!

This is a bustling neighborhood of some 6000 people, who live and work in the same buildings in which the Knights of St. John dwelt, six centuries ago. An emotion certain to remain forever alive on one’s memory!

Medieval buildings, mosques, traditional fountains, oriental motifs, Byzantine and Gothic churches, shops and cafeterias are scattered throughout the Old Town of Rhodes, all blending together to create a unique and picturesque whole. There are roughly 200 streets or alleys - some of them bearing no name! Getting “lost” here is not a defeat; it's an opportunity. Whenever you feel the need to find your bearings, you may ask for "Sokratous" street, which is the closest the Medieval City comes to having a main street. 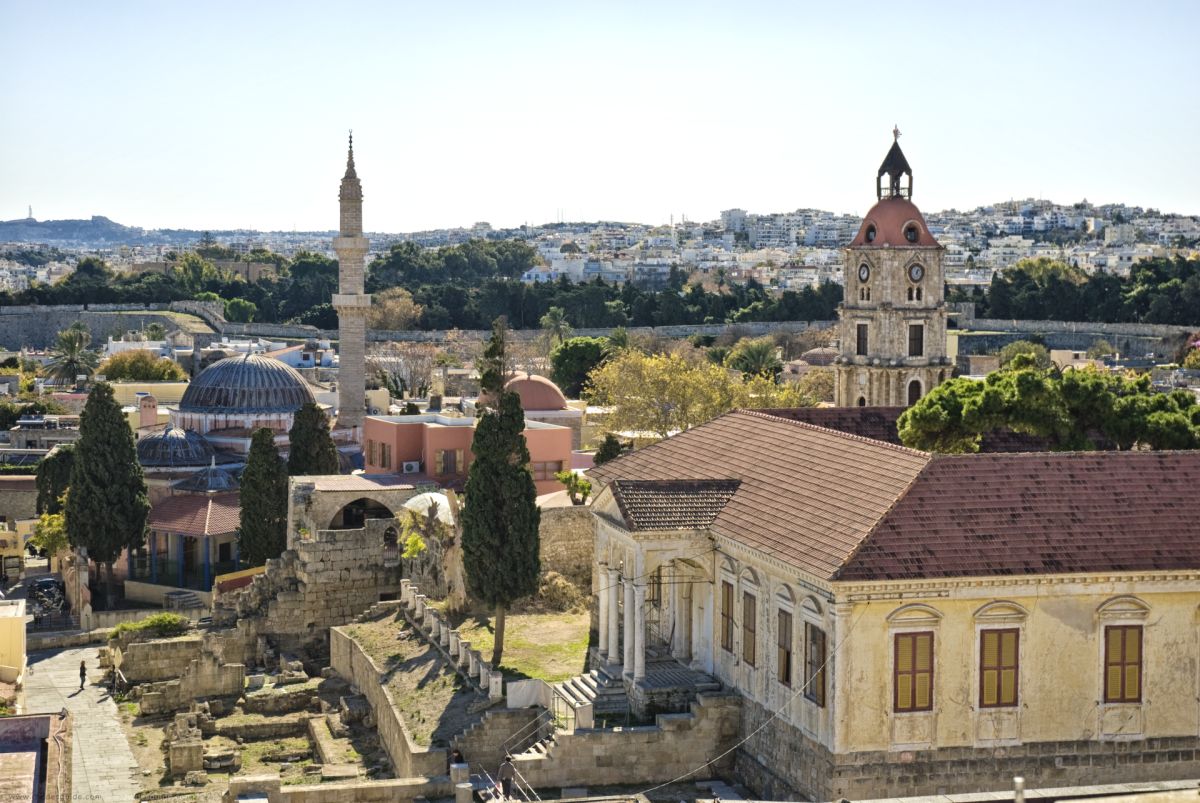 The highlights - what to see in the Old Town of Rhodes

The Palace of the Grand Master, reinstated by the Italians in 1940 after almost a century of abandonment (the building had been destroyed as a result of an explosion in a forgotten powder store in its basement, in 1856), stands out because of its imposing entrance and exquisitely well-preserved towers and battlements. The interiors of the buildings, decorated with priceless ornamental objects, are equally impressive.

The Archaeological Museum is housed in the Gothic building of the Great Hospital of the Knights and preserves masterpieces of art on Rhodes, finds from ancient lalysos and Kamiros and mosaic paintings from the city of Rhodes.

The Knight's Street, the imposing street that leads to the Palace of the Grand Master, keeps alive the accommodations of the "language" of the Order of Knights. 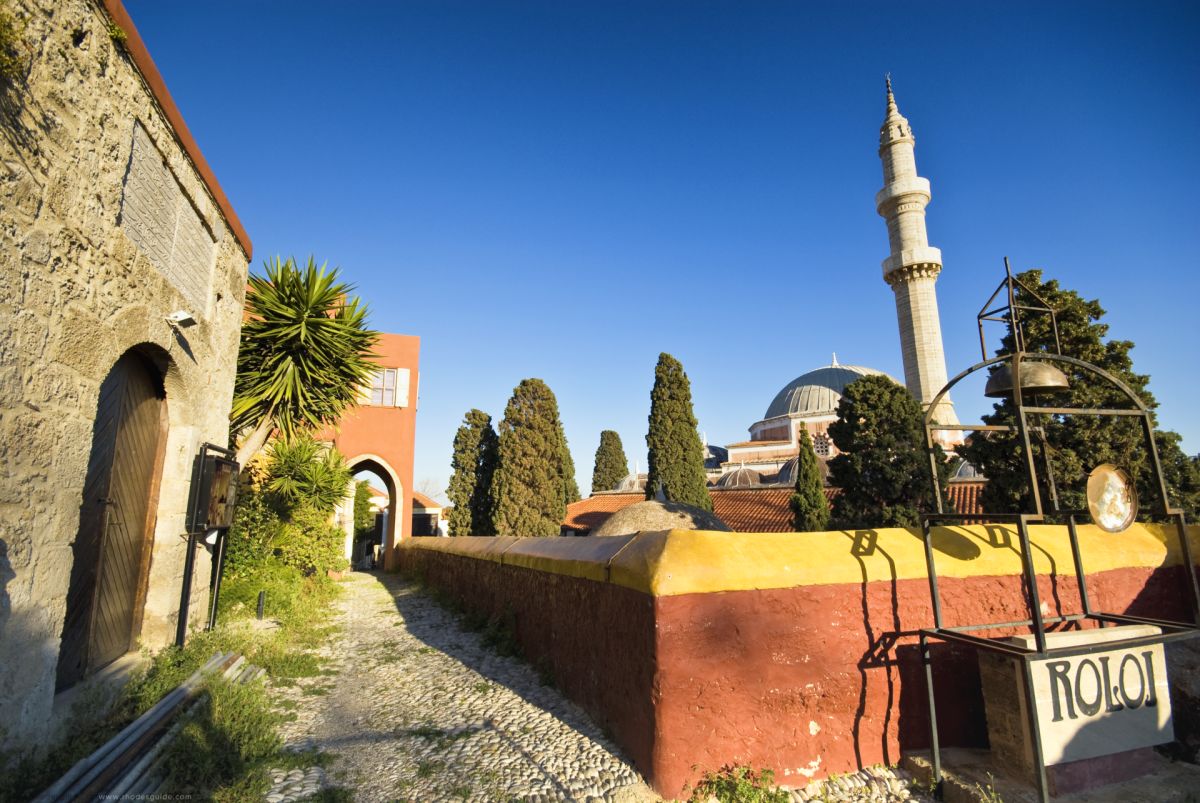 The medieval city of Rhodes is one of the few remaining medieval cities in the world that is still inhabited and alive. 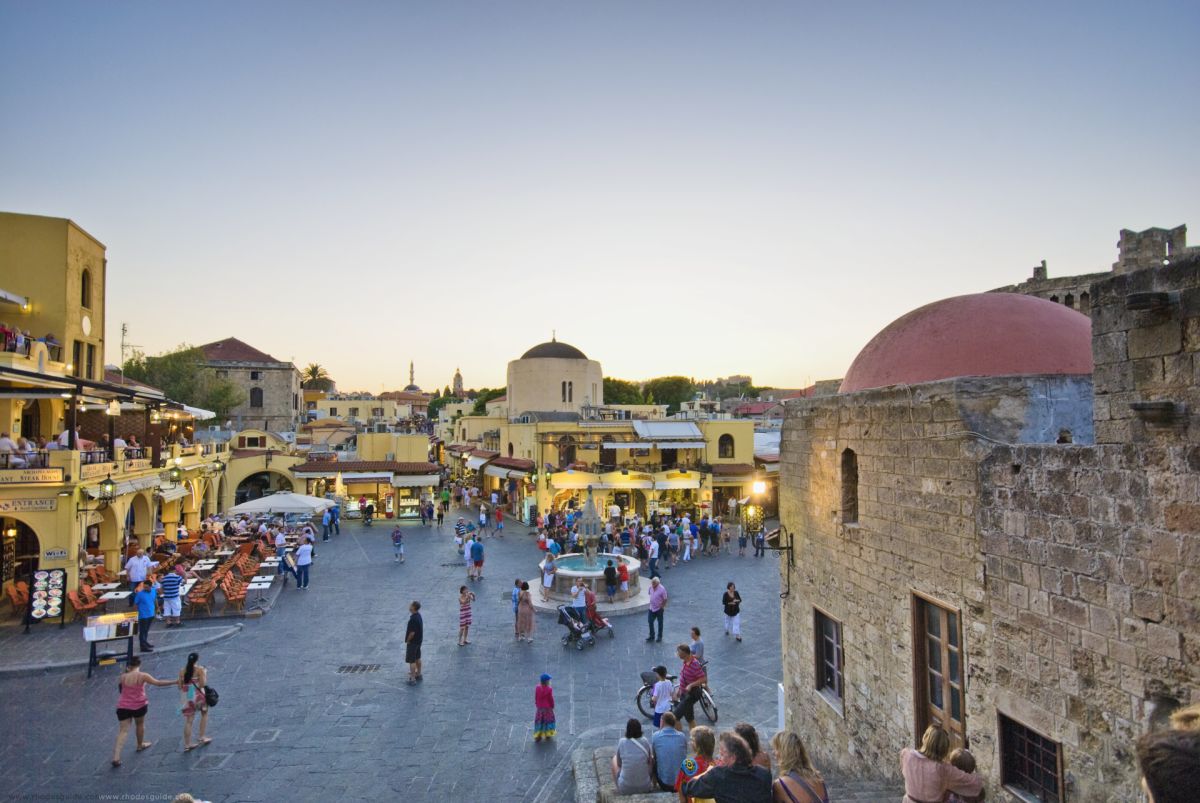 When you approach the walls of the Old Town of Rhodes, you are about to enter the oldest inhabited medieval town in Europe. Do not be misled by the term "medieval" into thinking that what you will see is a ruined and deserted city.

My husband and I have been going to Rhodes for twenty five years. I have travelled extensively to many places! For me it is one of my favorite places. No matter how often I have been there I always see and find something that I missed the last time. I love the labyrinth of the old town with its cobbled streets, unique shops and restaurants, but most of all it is the magic of its history, you can almost feel the agony and ecstasy of times of old, at times I feel if you listen hard enough you can hear the Knights and feel and smell the battles that told place. It almost as if the stone walls hold the memories of all the blood that was split in the times of war and chaos. At the same time the beauty of it architecture takes you breath away, It is a very magical place and one that I hold dear to my heart and soul. I hope to return again one day before go too join the Knights in there forever sleep!

I hope to return to Rhodes to sample the wonderful atmosphere of the whole island. Poor health is preventing me at the moment but I hope that will improve.

The old town in Rhodes is amazing, everyone should visit at least once in their lifetime! The cobbled street are like mazes, however do not fear, you always find your way back. The small inns and shops are beautiful. There are plenty of places to eat and drink and also places just to rest and enjoy the atmosphere of this unique setting. It really is like a film set at times, with the expectation of knights of old appearing around the corners of the beautiful houses. Rather like Atlantis. At night the old town takes on a new romantic visage with quaint lights highlighting the architecture of those truly beautiful ornate buildings. Well worth the trip. If you have not yet been to Rhodes Town, you are sincerely missing out. It should be listed as one of the wonders of the world. Cannot wait to go back again.

When you enter Rhodes old town its like you enter a movie and you might expect some knight boomp at you. Great feeling! The best old town I have visited.

Went there 9 times in a 3 week holiday, going back again in october, amazig place by night and just as good by day, so much to see and do, greqat restuarants, shops and getting lost is fun too.

Rhodes town is one of the most gorgeous little places on earth but please visit out of season. It is horrendously hot and rammed with tourists during the summer.

simply the most beautiful place ive been to. Spent hours wandering the streets, hidden gems everywhere!

Our daughter married in Kolymbia in 2008 and we visited Rhodes Town (although the heat was horrendous in June!) and vowed to return in a cooler month which we did last May. It was perfect. Sunny and warm during the day with a litle breeze at night - perfect! Although May was quiet in the Old Town in the evening it was amazing to see the Street of the Knights at 9pm with no turists and only the dim street lights to show the way - it was like stepping back into the 15th Century. The people are so friendly - walking through the old town it was 'Welcome to Rhodes' 'Enjoy your holiday' from everyone with no pressure to buy and always a cheery welcome. These people know how to win the hearts of their visitors. We took a day trip by boat to Lindos - very hot on the sea and take care on the slippery paths in Lindos and beware of the donkeys who stroll back and forth from the acropolis at the edge of the cliffs! There is so much to do in Rhodes Town both in the old and the new with a new walk every day and evening. You'll love it! We are going again in May 2010 and can't wait. Enjoy!

I have visited Rhodes for over 25yrs and absolutily love the island. I have always found the people very friendly in fact have made many friends there, been invited to weddings barbeques ect. After 25yrs of visiting I still find new places to visit love roaming around the back streets of the old town. we always feel very safe no matter where we roam. over the years we have encouraged many people to visit the island and they are now regular visitors. There are so many great bars resturants that you can eat in a different place every night for weeks. We always like to stay near the old town so we can enjoy a stroll around shops at night enjoy the throng of people then sit with a drink people watching. In the day we either jump on a bus or a boat go down to Faliraki for the fantastic beachs, or find a secluded bay, I could go on about rhodes for ever.

This was nice, you have the old city and the new. What a contrast. It was nice walking through it, nobody bothered you, tryin to sell their goods. You can just wonder about and enjoy their way of life - wonderful.

I recently returned from a Greek island/Turkey vacation and Rhodes, Greece was without a doubt one of my favorite places. We drove around the island and saw some incredibly breathtaking views of cliffs dipping down into the blue Aegean Sea. Touring the Palace of the Grand Masters was equally picturesque, including many of the mosaics imported from Italy, specifically Medusa. Shopping was exquisite and it very pleasant to stroll through the Old Town. Can't wait to return!