Following the road to the west, one crosses the great coastal zone where most of the island's hotels are concentrated, eventually reaching Trianta (8 km) also known as Ialissos, a township surrounded by orchards. The beach of Ialissos (Ixia) marks the end of the great chain of hotels that starts from the very beach of the city of Rhodes. Worth visiting, here, is the church of the Dormition of Theotokos (Virgin Mary, Mother of God) featuring a renowned wood-carved partition, before engaging in the sinuous but ever-so-scenic road crossing the pine-wood up to the Acropolis of lalissos (6 km) - the important Doric city built on the flat top of Mt Filerimos, strategically overlooking the island. 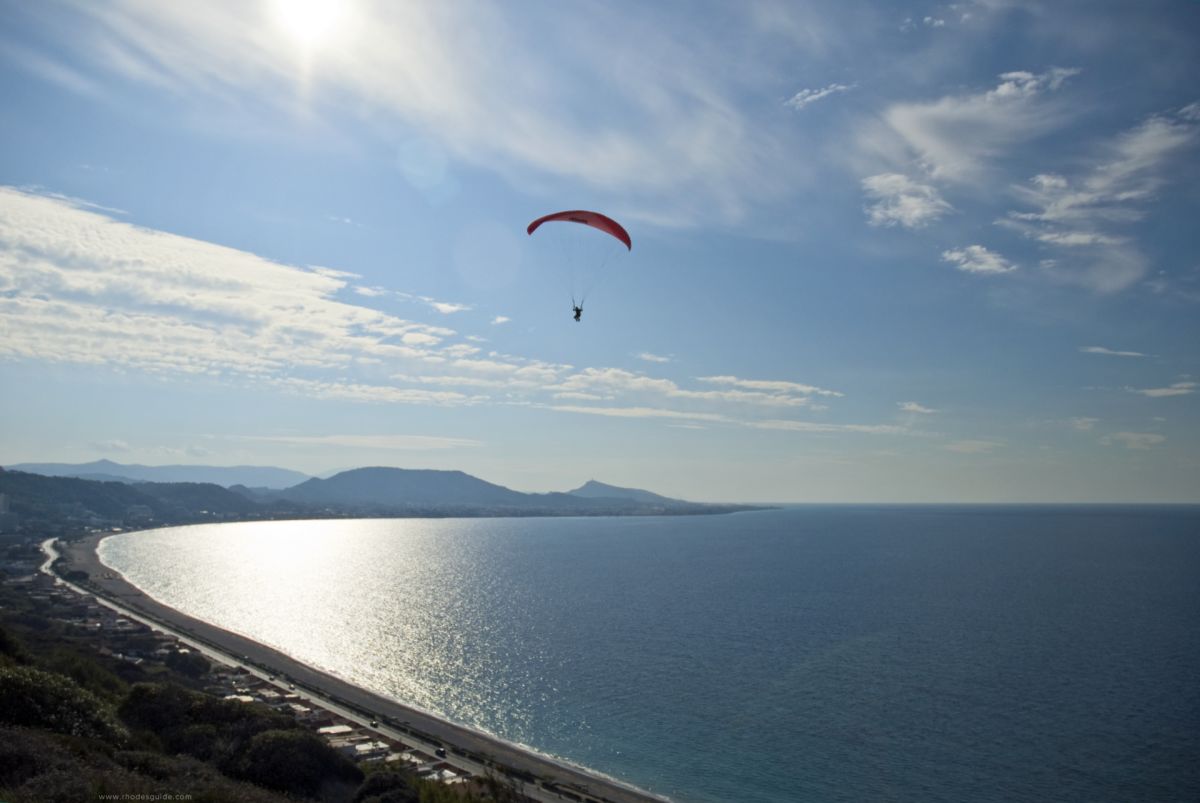 Places of archaeological interest include the remains of the ancient temple of Polias Athena (3rd century BC), the Baptismal Font of an early Christian church, the brilliantly restored church of Panagia Filerimos, the monastery, the ruins of a medieval castle, the Doric fountain and the ancient necropolis.

Further to the west on the coast road, past Kremasti and Paradissi, it pays to turn and reach the lush greenery of the famous Petaloudes (Butterflies) valley (25 km), unique in the whole of Greece. Millions of butterflies gather here in the summer. The slightest sound drives them in flocks from among the trees and shrubs - a rare sight. Back to the West Coast drive along the sea, one eventually reaches the site of Ancient Kameiros (34 km). Archaeologists unearthed the remains of what used to be an illustrious city of the Ancient World, forgotten for centuries, in 1928.

The ruins of this once grandiose complex - unique in that it featured neither a castle nor a citadel - are not commensurate with its past glory. One discerns parts of houses and buildings, the Agora, with its Doric stoa (3rd century), a Hellenist era sanctuary with a Doric temple, the remains of an aqueduct as well as of a colonnade-surrounded temple of Kamirias Athena. Next to the foundations of that temple, there stands the Panagia monastery, near a early-Christian catacomb. 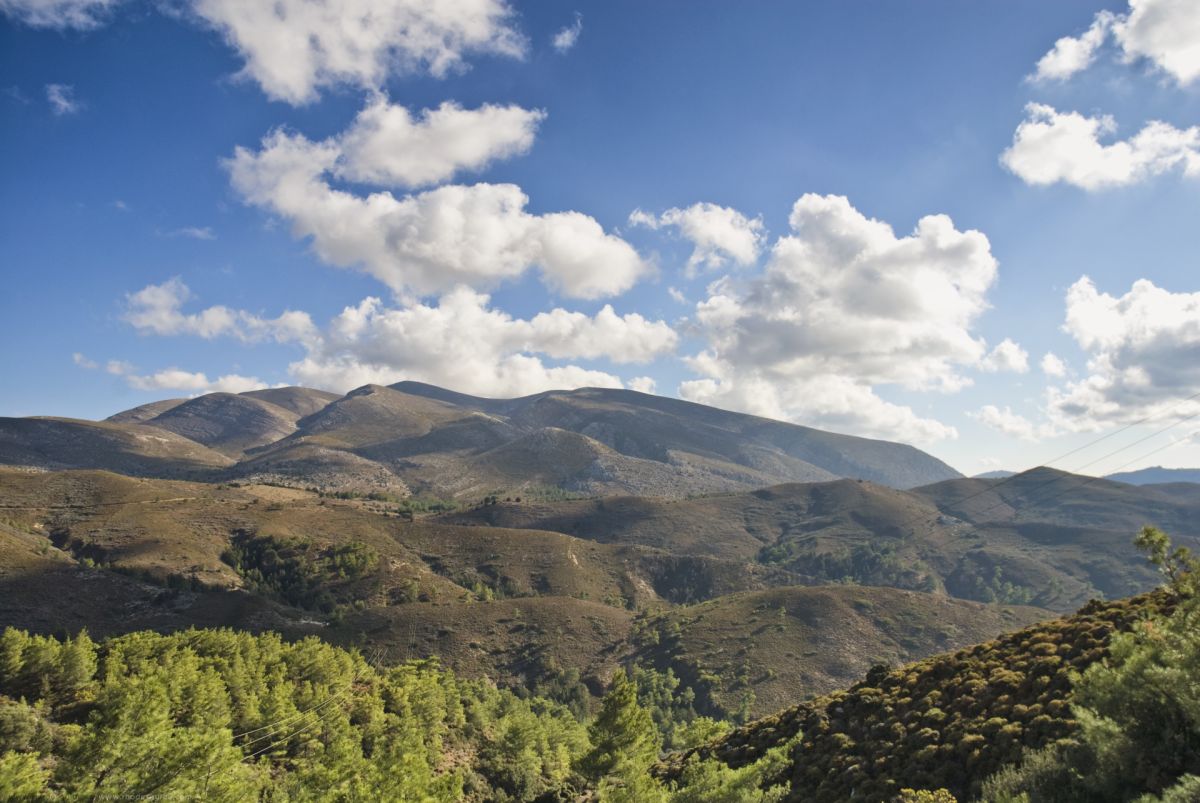 The West-Coast road continues for a while along the seashore, reaching the village of Scala Kamirou (51 km), before continuing inland. 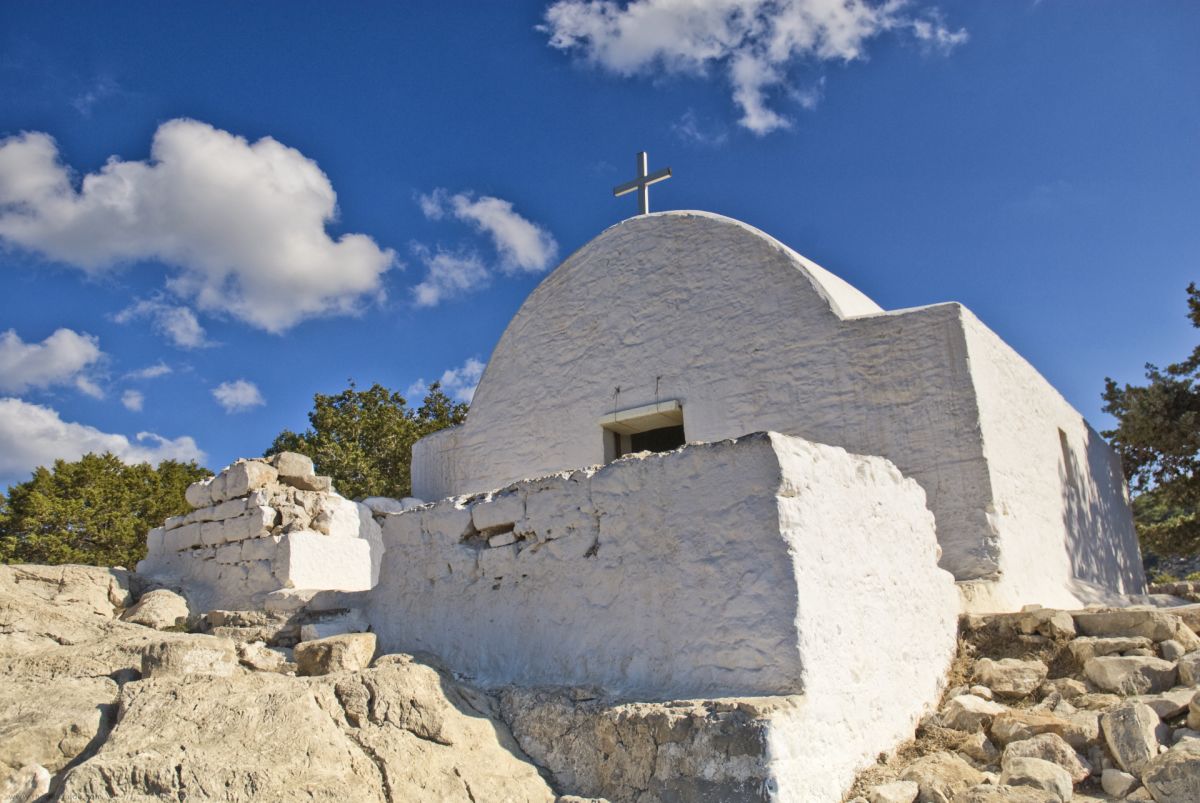 From this village, with picturesque windmills and a panoramic view to the islets across the sea, one may reach the island of Chalki by caique (traditonal Greek boat). The traveler will be pleasantly surprised by the amphitheatrical setting of the village of Kritinia (55 km), with a medieval castle nearby, then Siana, (69 km), full of old stone-built houses, and Monolithos, set on the pine-covered slopes of Mt. Ataviros. A nearby medieval castle, built on a steep cliff, dominates the setting. To the south one crosses endless green fields to reach Apolakia (84 km), famous for the style of its wedding celebrations, and finally - from the opposite side - Katavia (102 km). 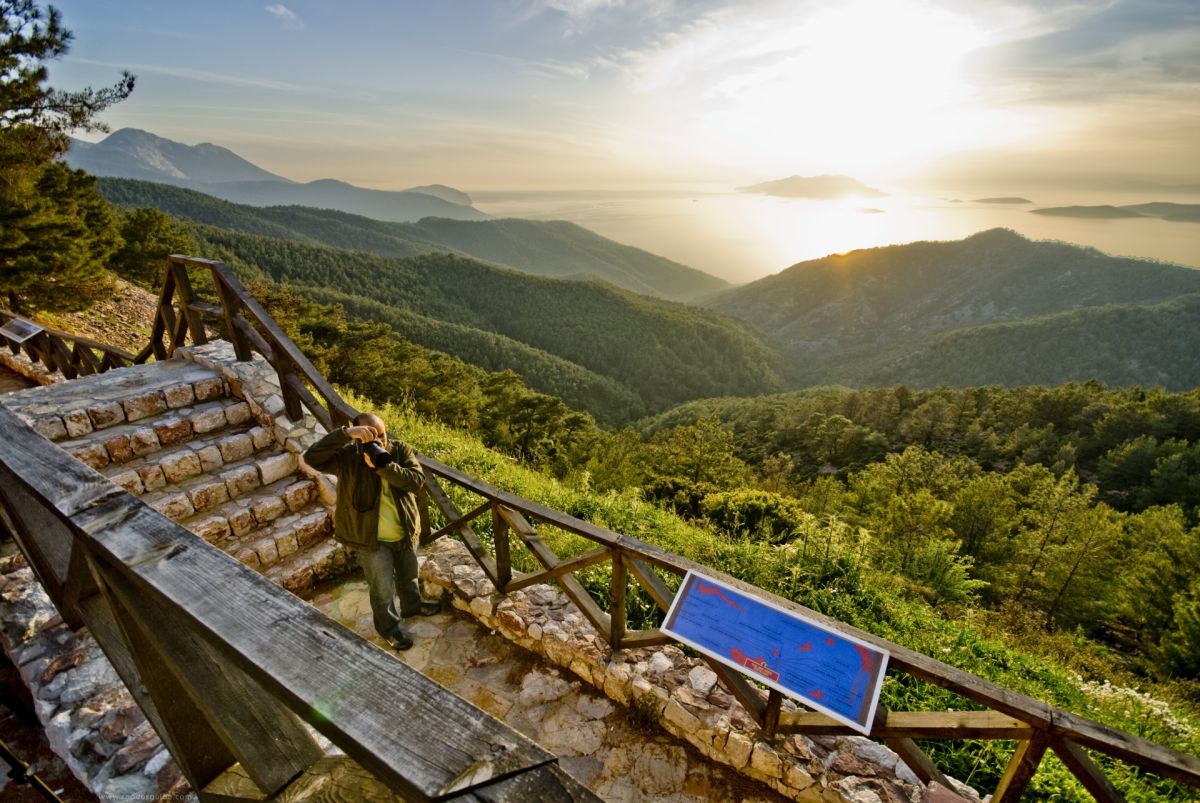