Rhodes Town, what do see and do

Present day, with its 2400 years of history, Rhodes town impresses and fascinates its visitors. Its medieval aspect, fortified behind an impressive wall, merges harmoniously with the refined, cosmopolitan air of a modern resort with luxurious hotels, broad avenues, rich commercial stores and offers one of the highest developed tourism infrastructure in Greece.

The new (modern) town of Rhodes

Reached from the North, the town of Rhodes offers itself to the yearning eyes of the visitors who cannot resist the amazement produced by the medieval walls and watchtowers enclosing the churches, palaces, mansions and residences of the old quarter and the modern-day buildings forming the skyline of one of the most bustling, enticing cities in the Mediterranean.

Sailing into Mandraki, admittedly the most scenic of the three ports of the city, now a yacht mooring harbor, one cannot help returning the greeting of the two deer – one on either side of the port’s entrance - proudly gazing ahead; these two bronze effigies stand there in reminiscence of the beloved animals once in abundance on this island, so much that they came to be Rhode’s emblem. 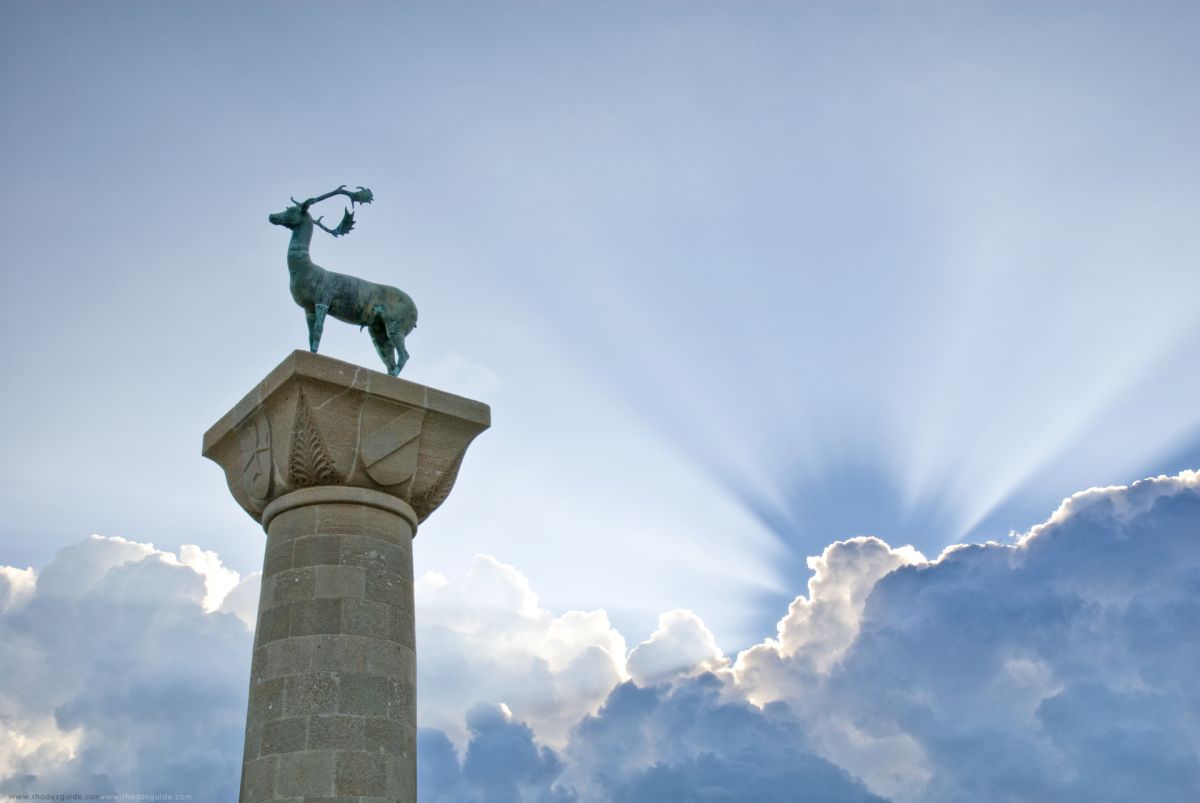 To the left, at the extremity of the jetty, there stands the lighthouse tower of St. Nicholas, followed by the emblematic three old windmills. The impressive walls of the Medieval Town and the numerous monumental buildings surrounding Mandraki add to its majestic air - among others the New Market, the Bishop’s Official Residence, the Church of the Annunciation, the Central Post Office, the Town Hall, Theater and Government House (all of which are buildings dating from the time of the Italian rule). 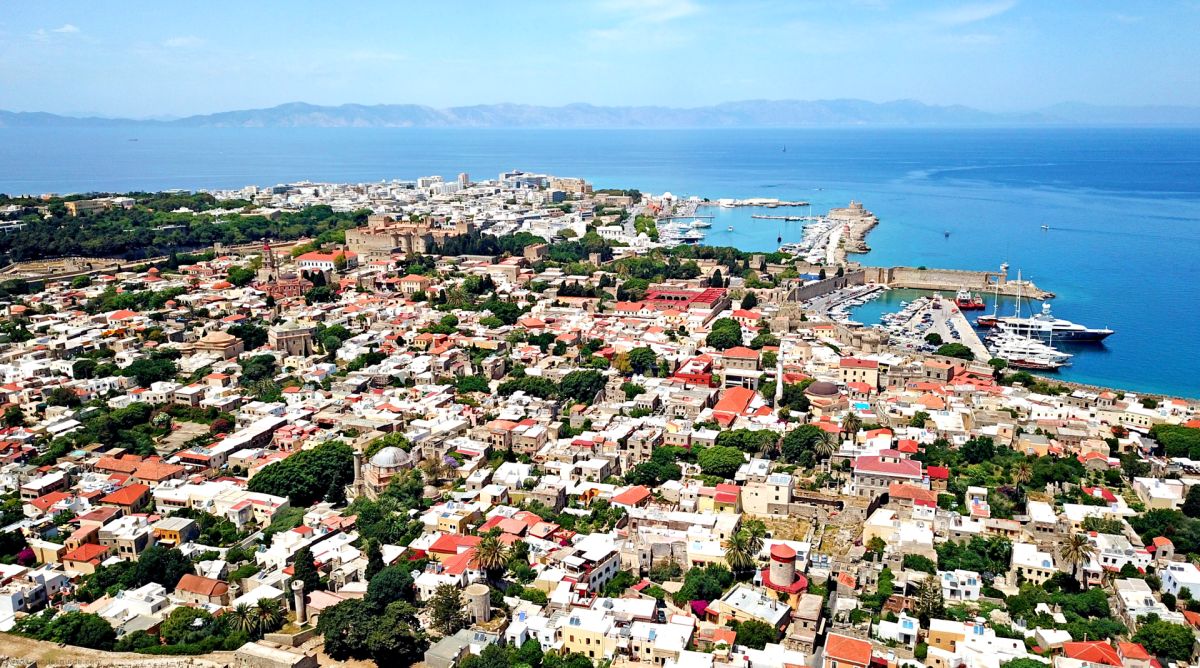 At the north end of the town – actually the northernmost spot of the Island of Rhodes, there the Rhodes Aquarium, also hosting the Hellenic Institute of Marine Biology (Aquarium). 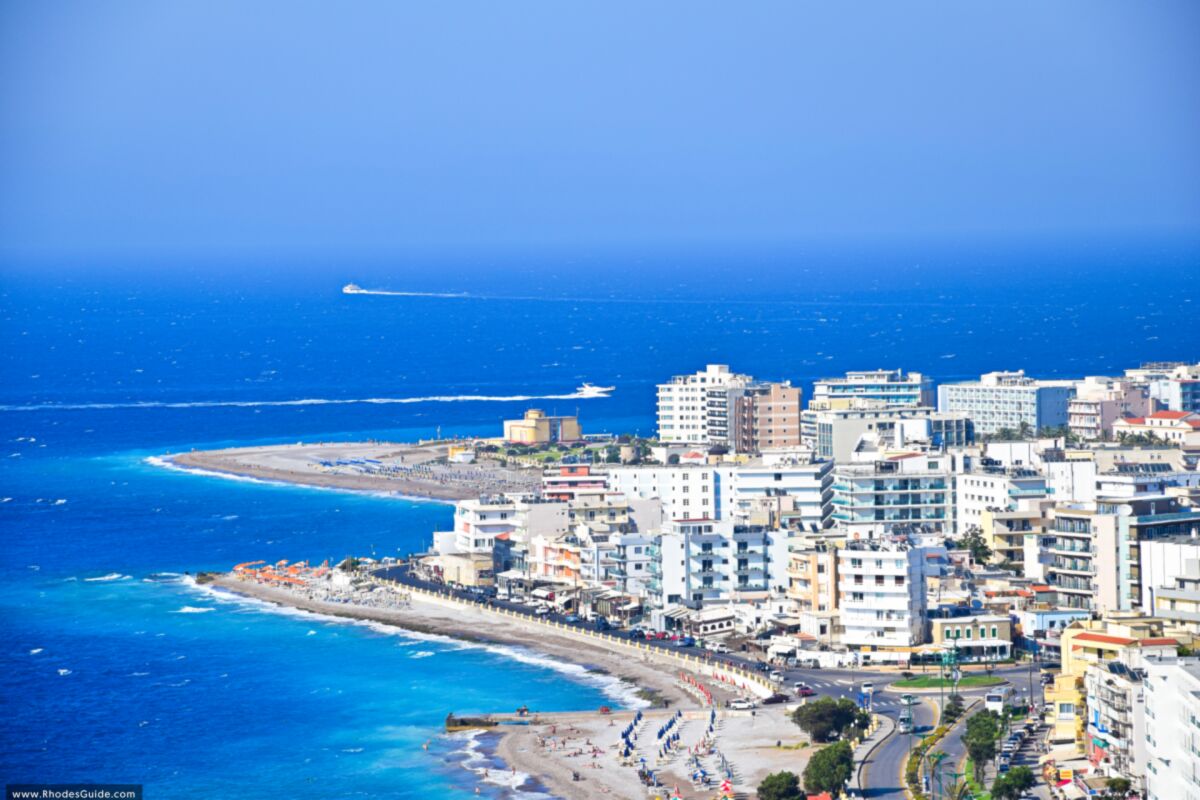 Today, Rhodes reveals itself as a delightful explosion of endless colours and sounds, an incredible variety of activities combining sightseeing and relaxation, learning and having a wonderful time. Rhodes’ marvelous beachfronts, sizeable modern buildings, picturesque quarters and imposing medieval edifices are most of the times set against a lavishly green setting. 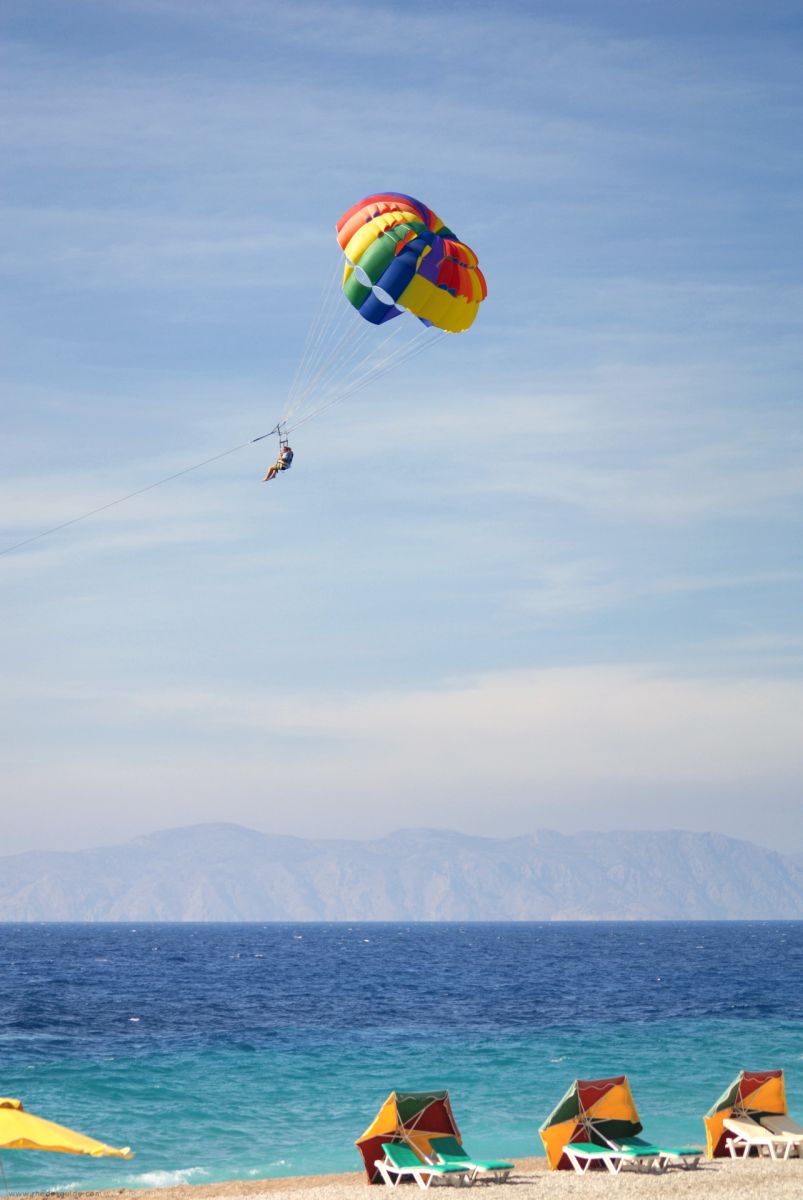 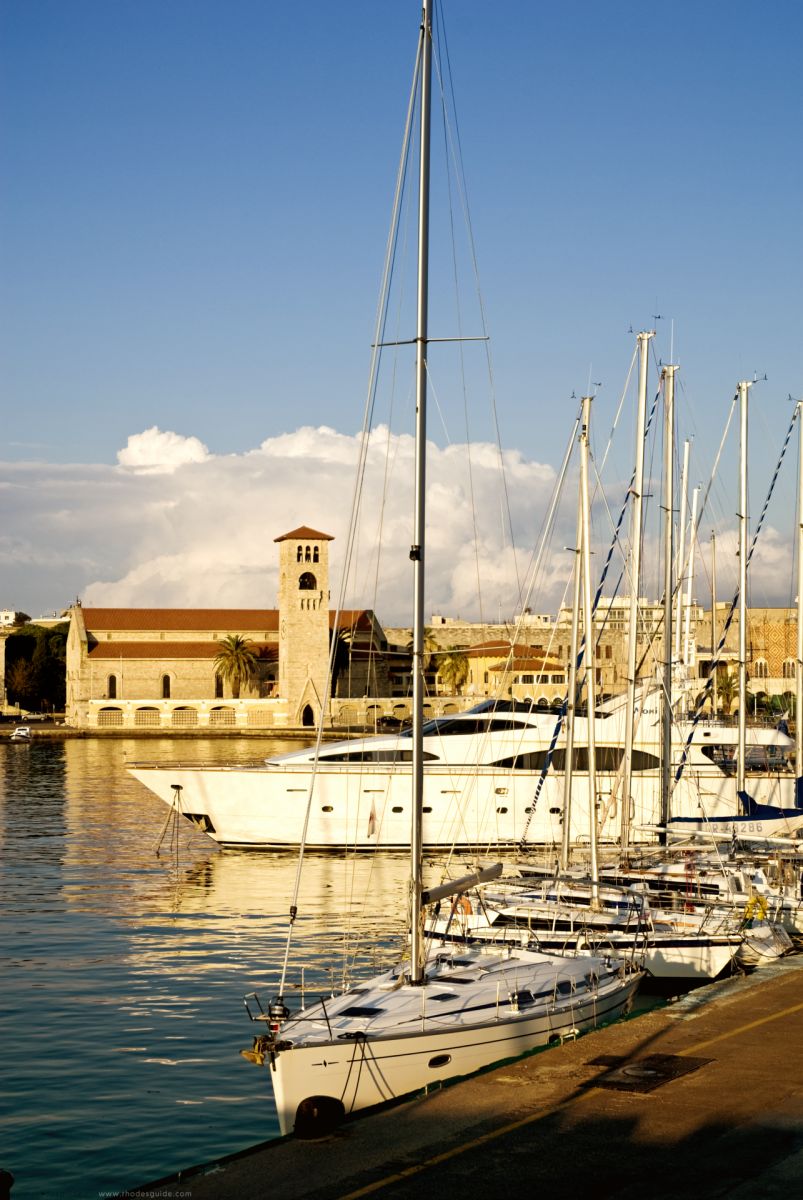 In the City of Rhodes itself the streets are lined with trees. The green joyfully claims its space and rights everywhere, sprouting in such unexpected places as the fortification walls of the old quarter. As the sea breeze sighs through the palm tree leaves, one gets the delightful sensation of the exotic – still, this is real life, one one of the most popular islands of the Mediterranean! 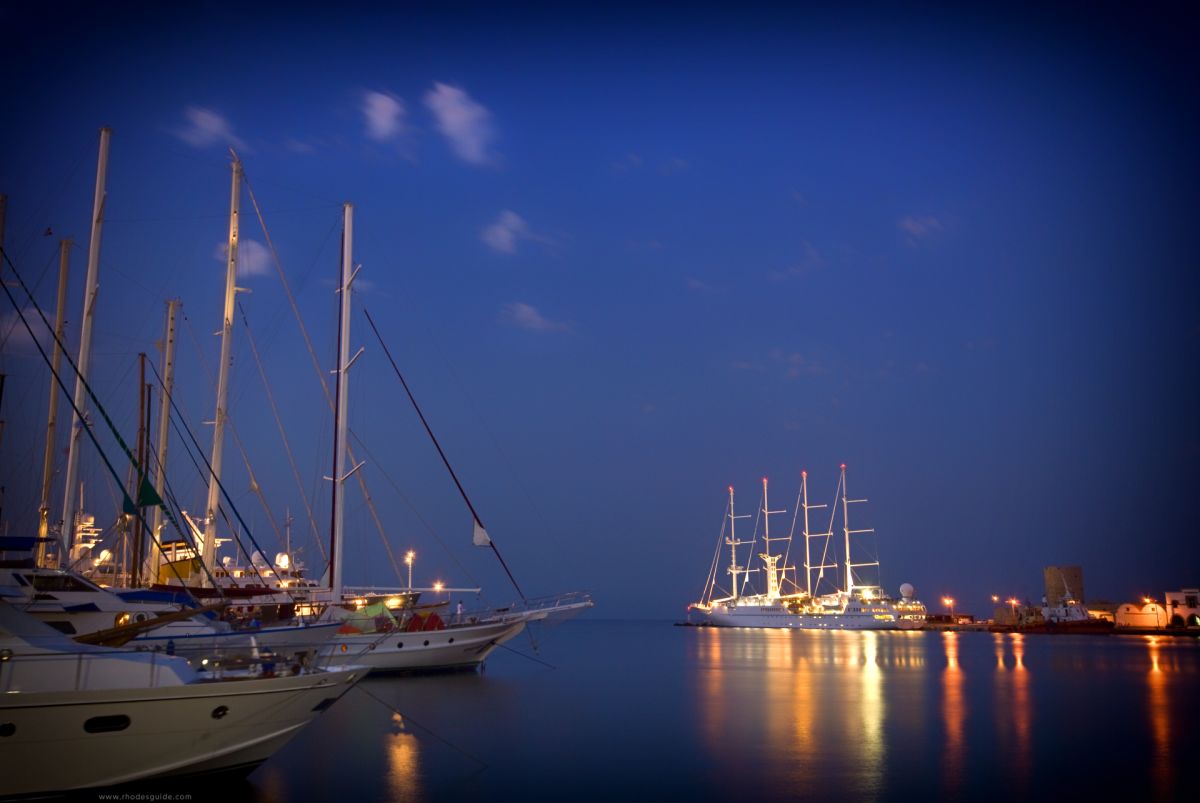 For many, the best way to reach Rhodes is from the sea, from where the Old Town (a term encompassing whatever lies within the Medieval fortification walls) can be seen, towering over the harbor, with its impressive walls, towers, bastions and battlements, and behind it, the domes and minarets of Ottoman mosques, built after the Ottoman invasion that brought the Knight’s rule of the island to an end, in 1522.

The Medieval town of Rhodes 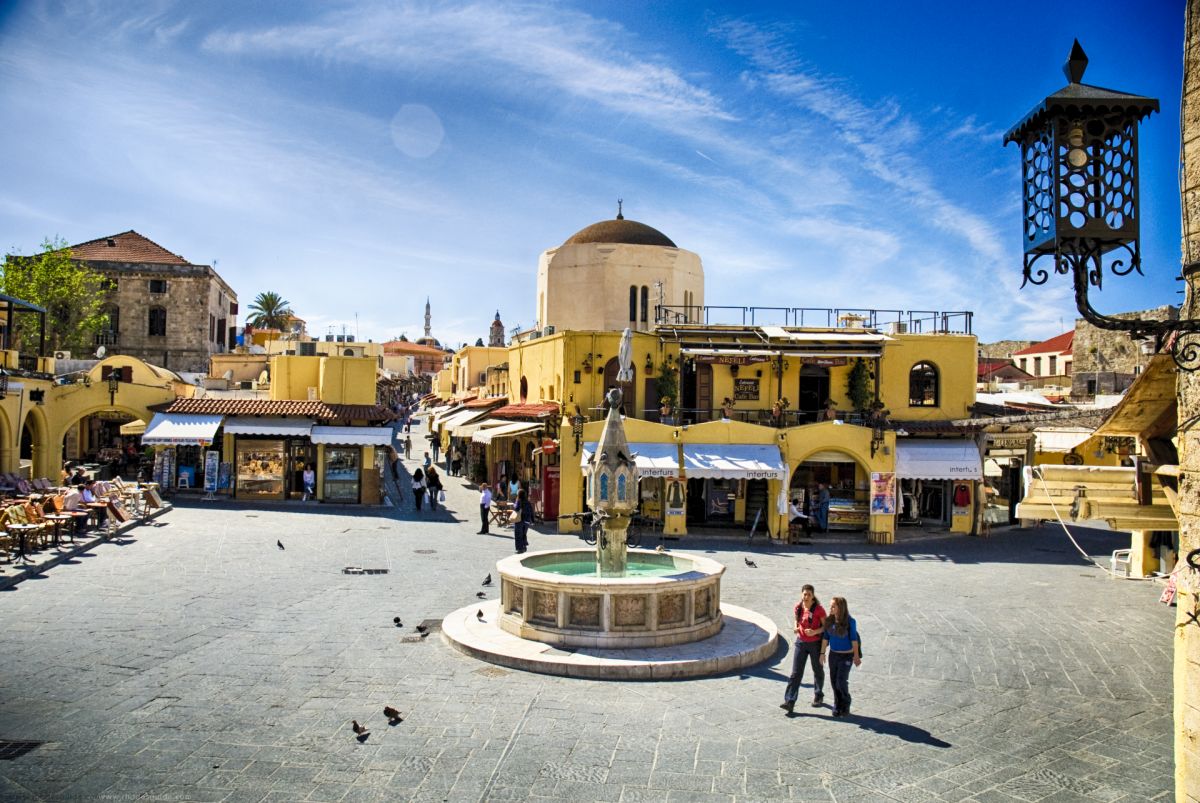 In the Medieval Quarter of Rhodes (most commonly referred to as the “Old Town”) one may for sure enjoy one of the most interesting walks on the island. Do not let the "medieval" mislead you: rather than a ruined, deserted setting, you will be pleasantly surprised to wander through an intricate network of busy little commercial streets delightfully alternating with quiet alleys, in what is a very much alive town consistently dwelt in over the last two thousand years! No wonder, therefore, that for some time now, the Medieval Quarter of Rhodes - the oldest inhabited medieval town in Europe - forms part of the UNESCO World Cultural Heritage network!

This is a bustling neighborhood of some 6000 people, who live and work in the same buildings in which the Knights of St. John dwelt, six centuries ago. An emotion certain to remain forever alive on one’s memory! 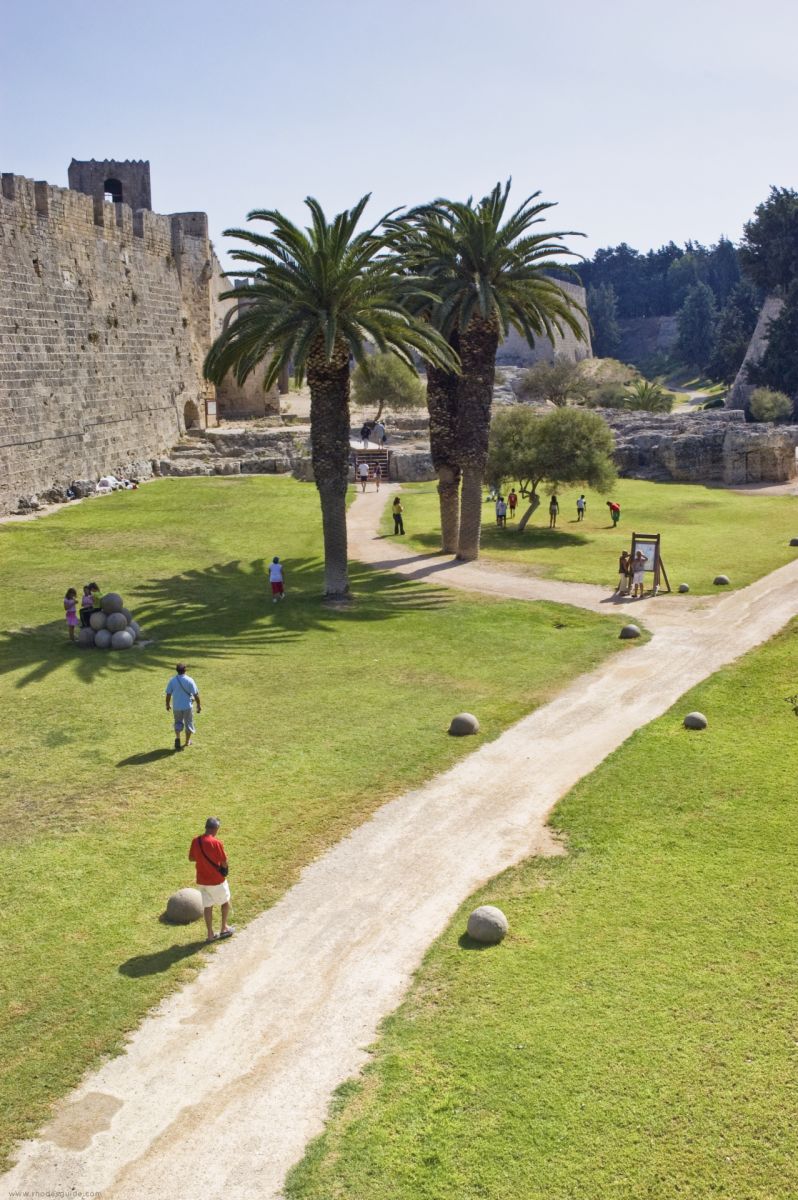 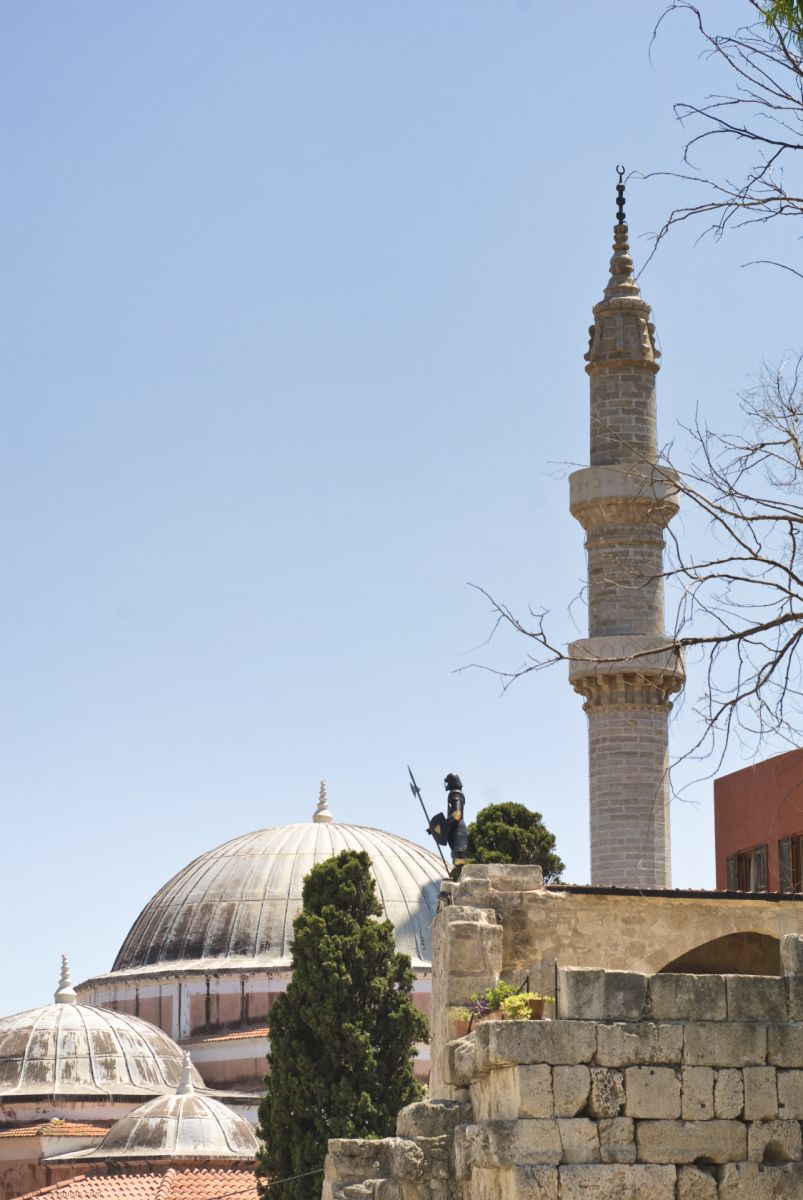 Medieval buildings, mosques, traditional fountains, oriental motifs, Byzantine and Gothic churches, shops and cafeterias are scattered throughout the Old Town of Rhodes, all blending together to create a unique and picturesque whole. There are roughly 200 streets or alleys – some of them bearing no name! Getting “lost” here is not a defeat; it's an opportunity. Whenever you feel the need to find your bearings, you may ask for Sokratous street, which is the closest the Medieval City comes to having a main street.

The Palace of the Grand Master, reinstated by the Italians in 1940 after almost a century of abandonment (the building had been destroyed as a result of an explosion in a forgotten powder store in its basement, in 1856), stands out because of its imposing entrance and exquisitely well-preserved towers and battlements. The interiors of the buildings, decorated with priceless ornamental objects, are equally impressive.