In the courtyard you will notice the Hellenistic statue of a lion, as well as the heaps of stone catapult projectiles - a "souvenir" of the dozens of sieges the city has experienced. Along the porticoes you will see numerous inscriptions, funerary steles and circular altars. The museum galleries are on the first floor. 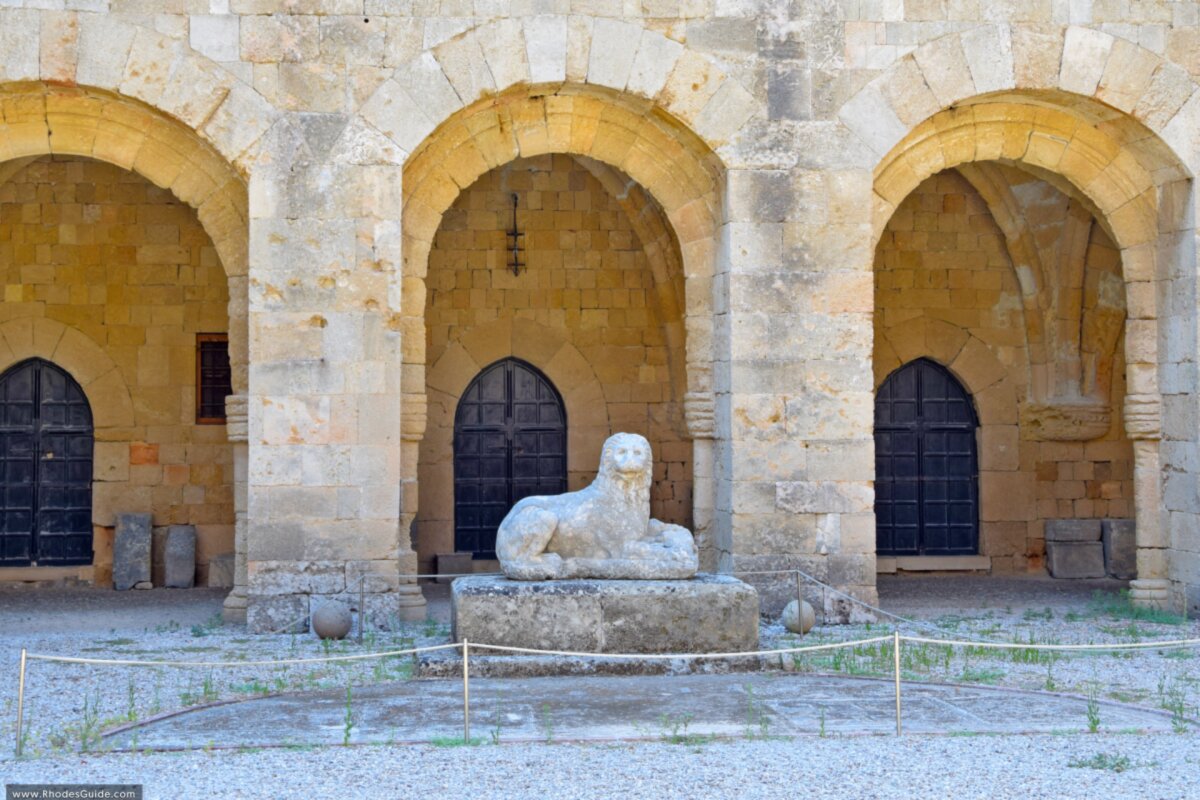 The small rooms overlooking the inner courtyard house grave finds from ancient Ialysos and Kamiros, dating from the geometrical, archaic and classicalperiods: vases, figurines, jewellery and metal objects. On the facade side of the building, in the large single "patients ward", you can see funerary plaques from the period when the island was administered by the Knights (14th, 15th and 16th centuries) as well as heraldic crests. 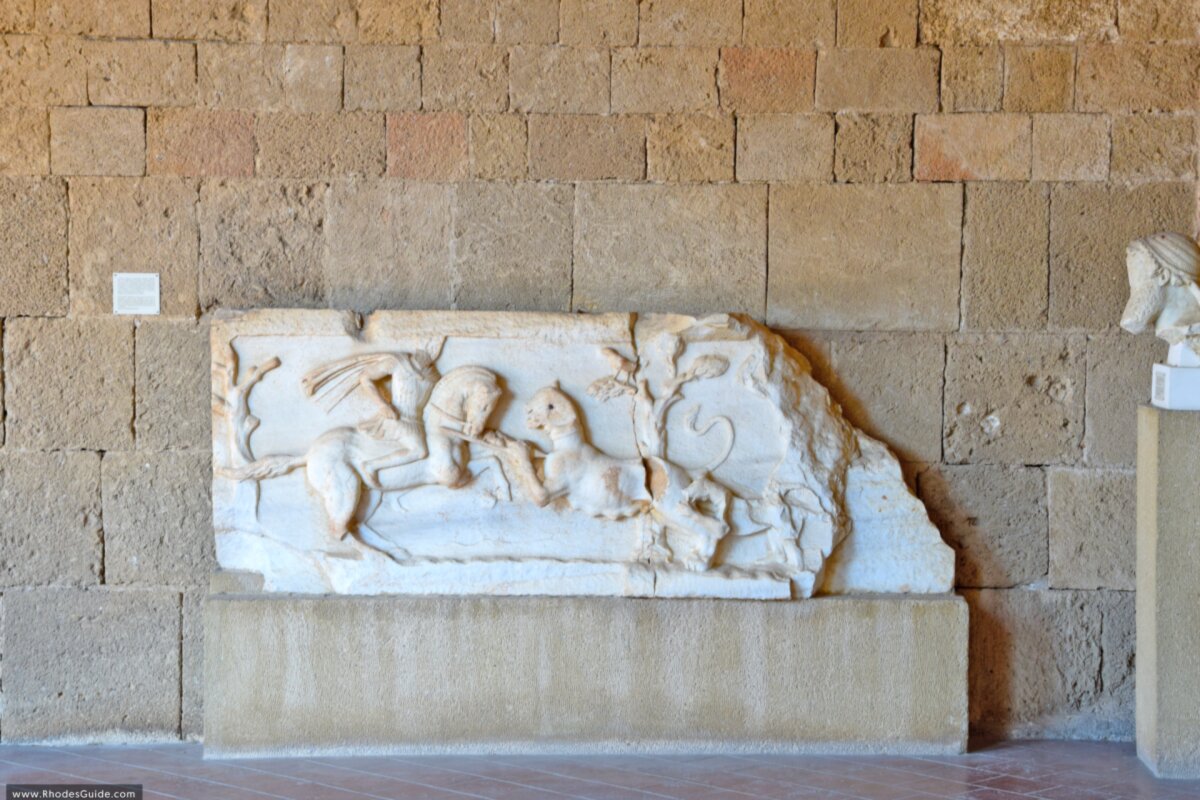 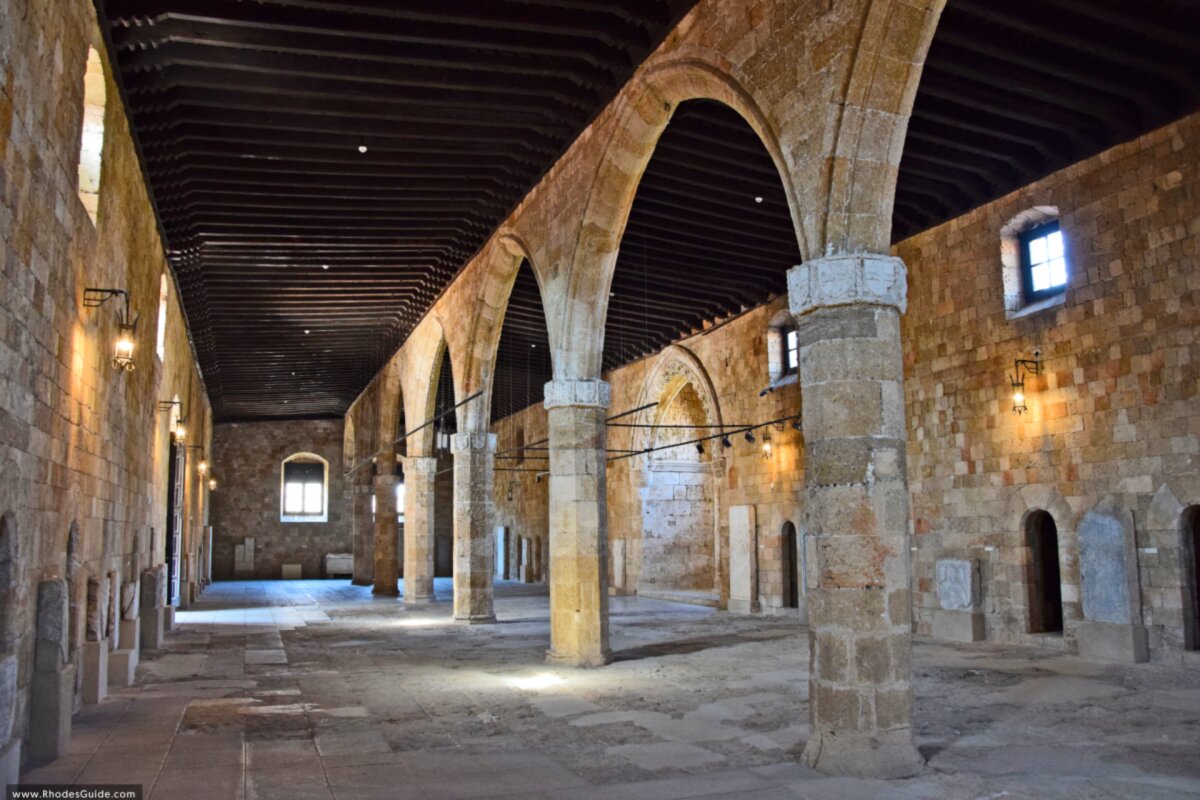 The most interesting galleries are those containing the collection of sculpture from the archaic, classical, Hellenistic and Roman periods. The exhibits are perhaps on the scanty side when one thinks of the great artistic tradition of Rhodes, but are somewhat representative. Particularly noteworthy are two headless archaic kouroi from Kamiros (550-530 BC), the funerary Stele of Krito and Timarista (420-410 BC), and the funerary stele of Kalliarista (350 BC). 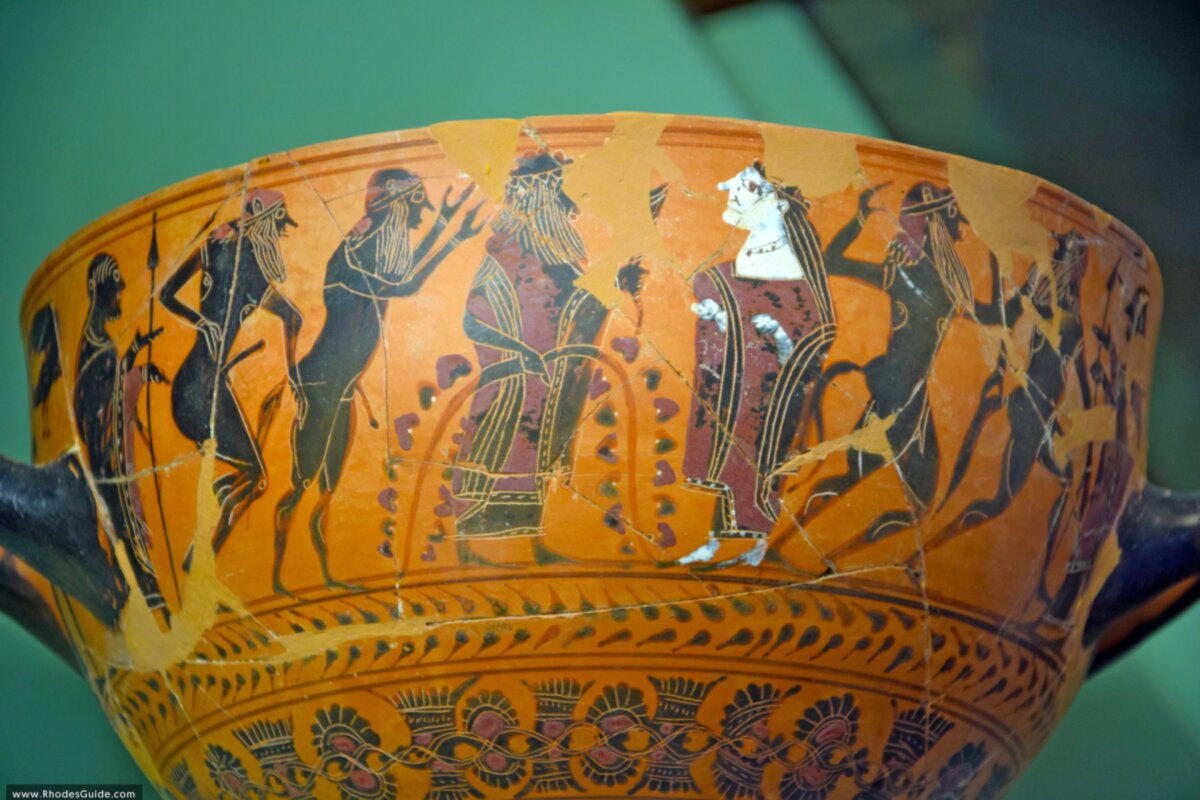 Finally, the marble head of Helios (250-160 BC), a superb example of Hellenistic baroque, and the statue of the nude, squatting Aphrodite from 100 BC, give us a taste of the Hellenistic art which flourished on the island. From the statue gallery we move on into a second, smaller courtyard, especially picturesque, where works of statuary and funerary monuments are also displayed. 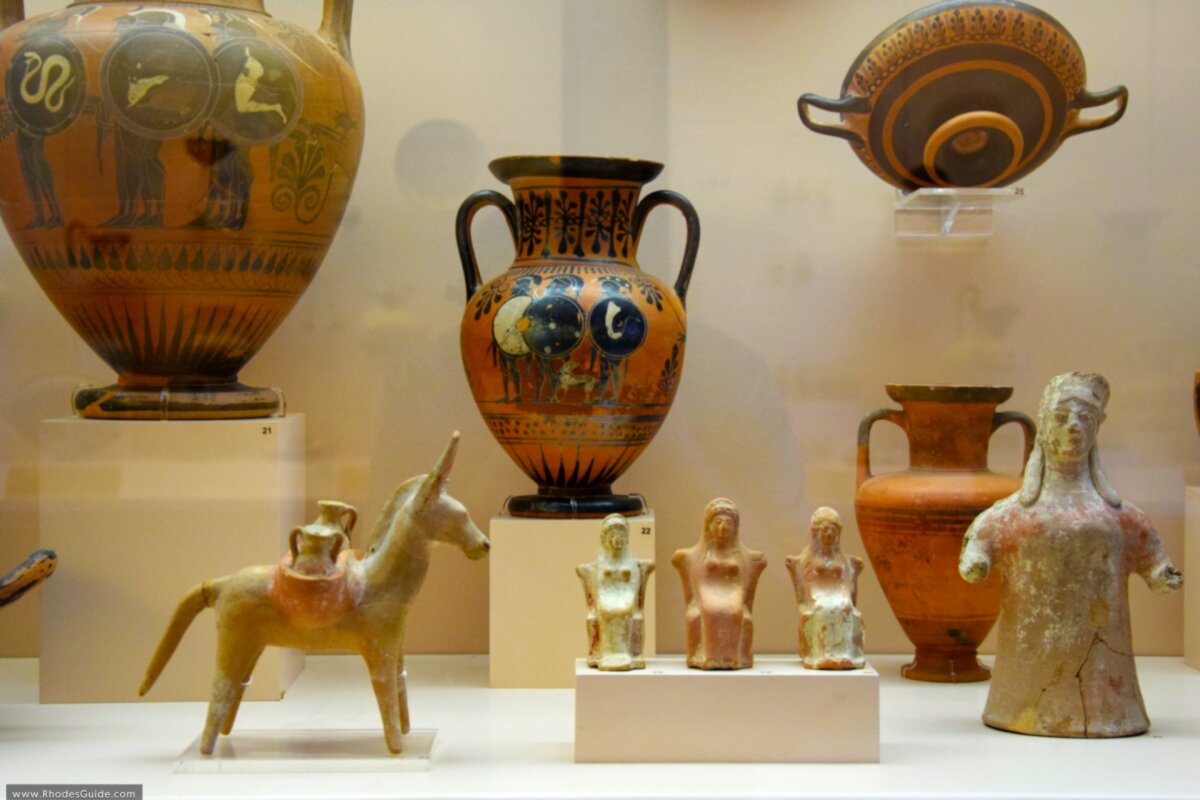 The first traces of life on the island of Rhodes are lost in the fog of myth. The first inhabitants are said to have been the native Heliades, children of the protective god Helios and Clymene the Oceanid, and the Telchines, a strange kind of people who supposedly resembled demons. These were, according to tradition, skilled sailors and skilled craftsmen who taught the ancient Rhodians how to forge and process stone.

Kallithea (Kalithea) beach is one of the most popular among the locals. It is composed of many small creeks covered with pine-trees. The waters are deep, so you will have to be a bit careful when swimming there.

The Rhodes Archaeological Museum is quite fascinating. A tour of it is very worthwhile. vast exhibitions and areas. The only thing that is lacking is a piece of writing or guidebook explaining the museum. But if you asked, staff there would teach you something. It features spotless restrooms. If you decide to go, even in the afternoon when the sun is strong, there is a place with shade and pleasant coolness. I'd return with the kids as well as they liked it.

This is a beautiful building with antiquities on two floors. If you enjoy artifacts or antiquities, this is place is worth the couple of hours it takes to explore. The ground floor is not permitted for photography. The second floor is off limits to tripods.

The Archaeological Museum of Rhodes is far better than many have suggested. It houses a marvelous collection of pieces, sculptures, vases, reliefs, from the entire history of the island, reflecting the history of Greece itself. The old hospital of the Knights of St. John, restored now to some interest of its own, makes for the perfect setting for the archaeological exhibitions. They are set up chronologically, for the most part, and afford an excellent sense of the various periods in classic Greek history. Worth taking a day out of any schedule to visit and learn.

Read more aboutMeltemi (or Meltemia), the winds of the Aegean