Palace of the Grand Master of the Knights of St. John, Rhodes

The fortress was surrounded by a 4km wall and that offered an effective refuge for the residents during wars, as well as a safe accommodation for the more than 19 Grand Masters of the Order of the Knights of St. John that had lived there and a number of foreign conquerors following the end of the Knights Era on the island. 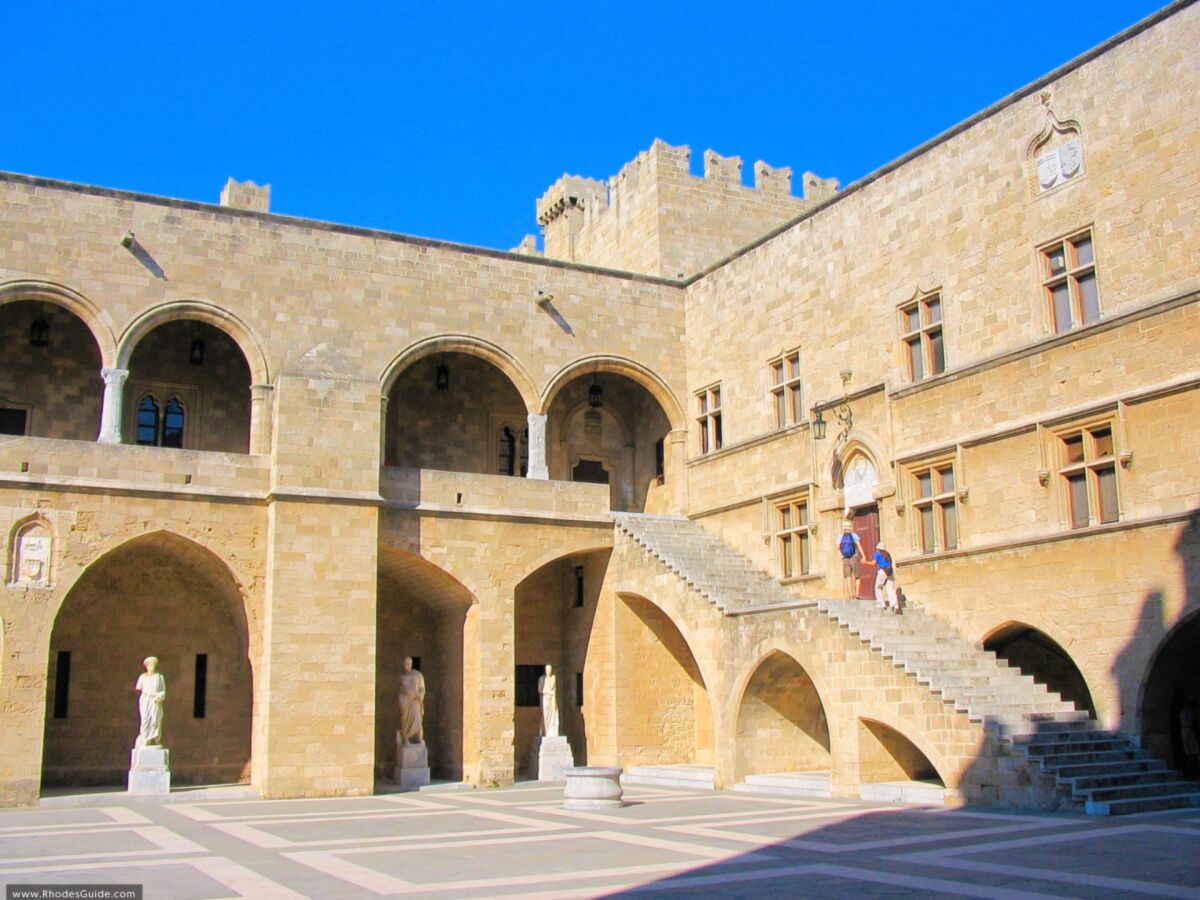 The palace has survived many battles and attacks, especially during the Ottoman Turks invasion in 1522, as well as strong earthquakes. It was built in a way to withstand assaults and military siege, however no one could have predicted the disaster to come almost three centuries later, in 1856, when an explosion in an adjacent gunpowder warehouse took place and destroyed most of the castle as well as a big part of the old town, while the casualties were found to be more than 900 residents of the settlement. 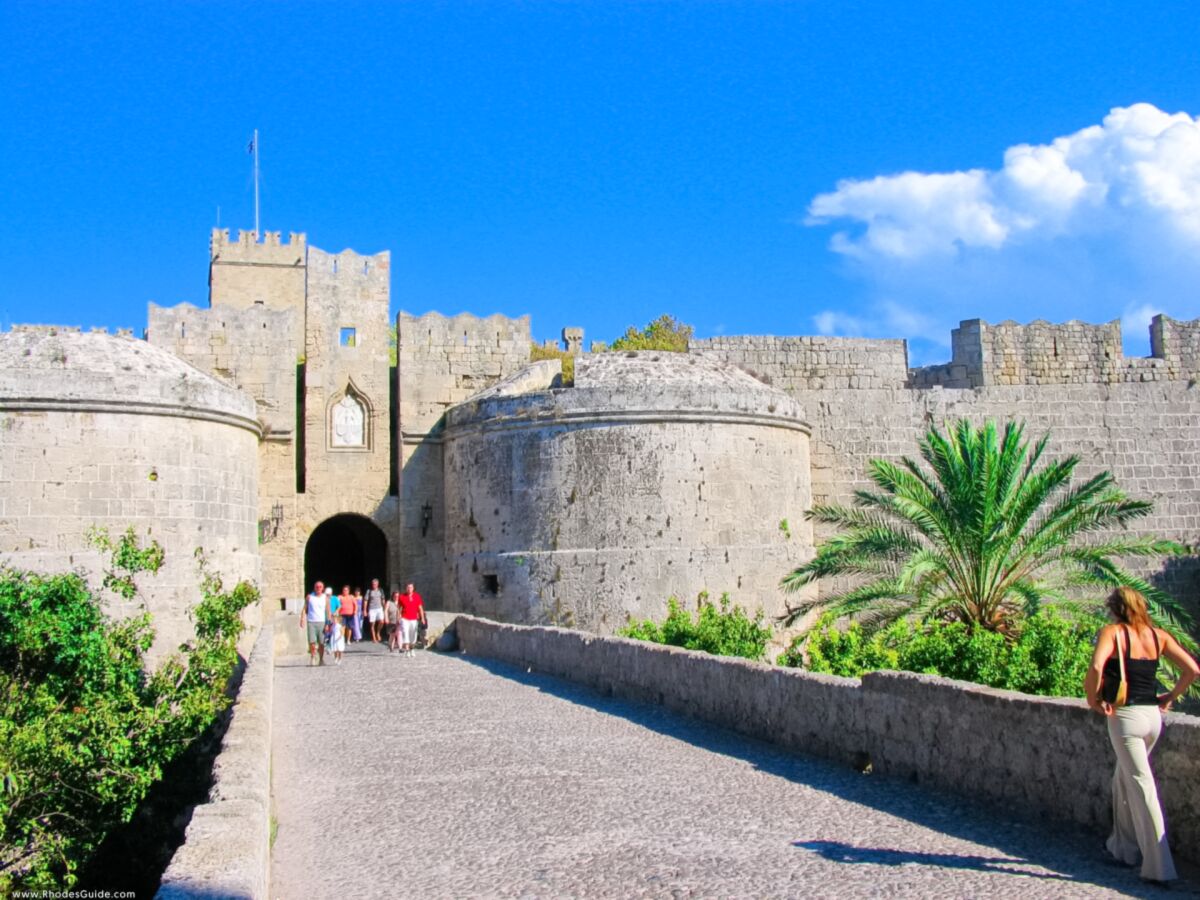 The Palace was left to fall into decay, until three years before World War Two, when the Italian conquerors undertook restoration works in order to turn the Palace into a holiday home for the Italian royalty, including the dictator Benito Mussolini. Unfortunately though, the architects, instead of following the medieval architectural style of the castle during restoration they rather adjusted the existing  parts of it to more European and Italian structures and changes that reflected their tastes and preferences. However, the exterior of the castle was remodeled in respect to the medieval style, with some gradual additions of engravings, plaques and coats of arms.

The Palace of the Grand Masters of Rhodes is a magnificent work of art and architecture since it is a  tower-shaped rectangular building with a large courtyard that is surrounded by galleries. One of the most impressive parts of it though are the astonishing mosaics on the floors of some of the rooms, which are considered to be the most beautiful mosaics in Greece originating from the Hellenistic and Christian times. In fact, these mosaics were brought by the Italians from Kos island, renowned for its courtyards. 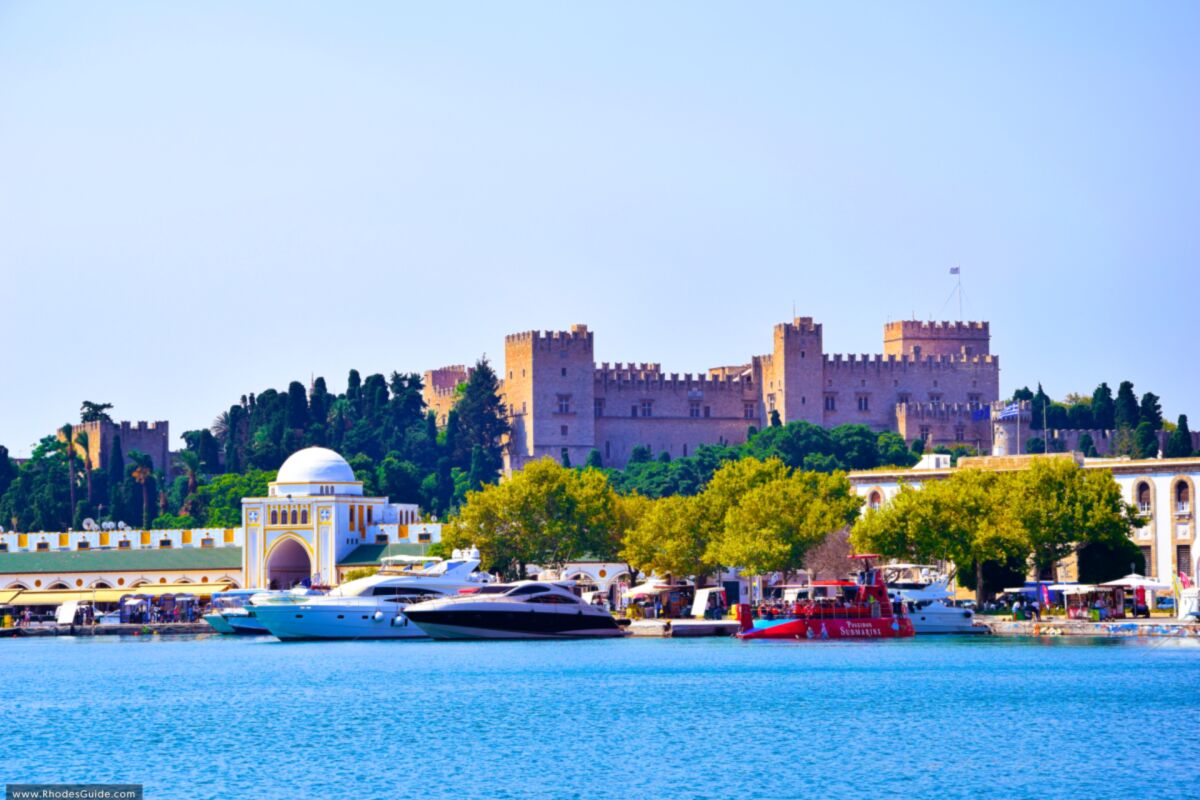 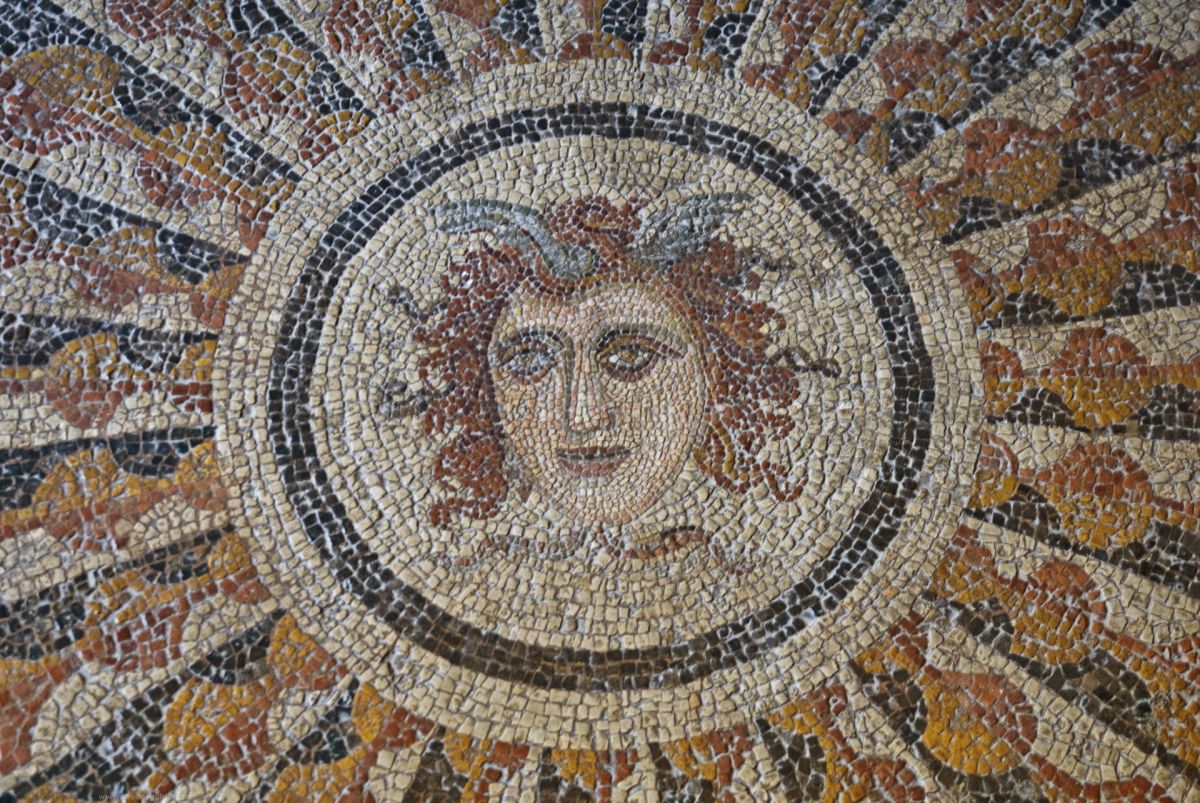 The above extensive restoration project was admired and appreciated by the locals, until a disturbing discovery came to light. In 1994, during excavations, archeologists found a number of historically important and valuable artifacts,  that were completely jettisoned by the Italians, after they had used them as building material. 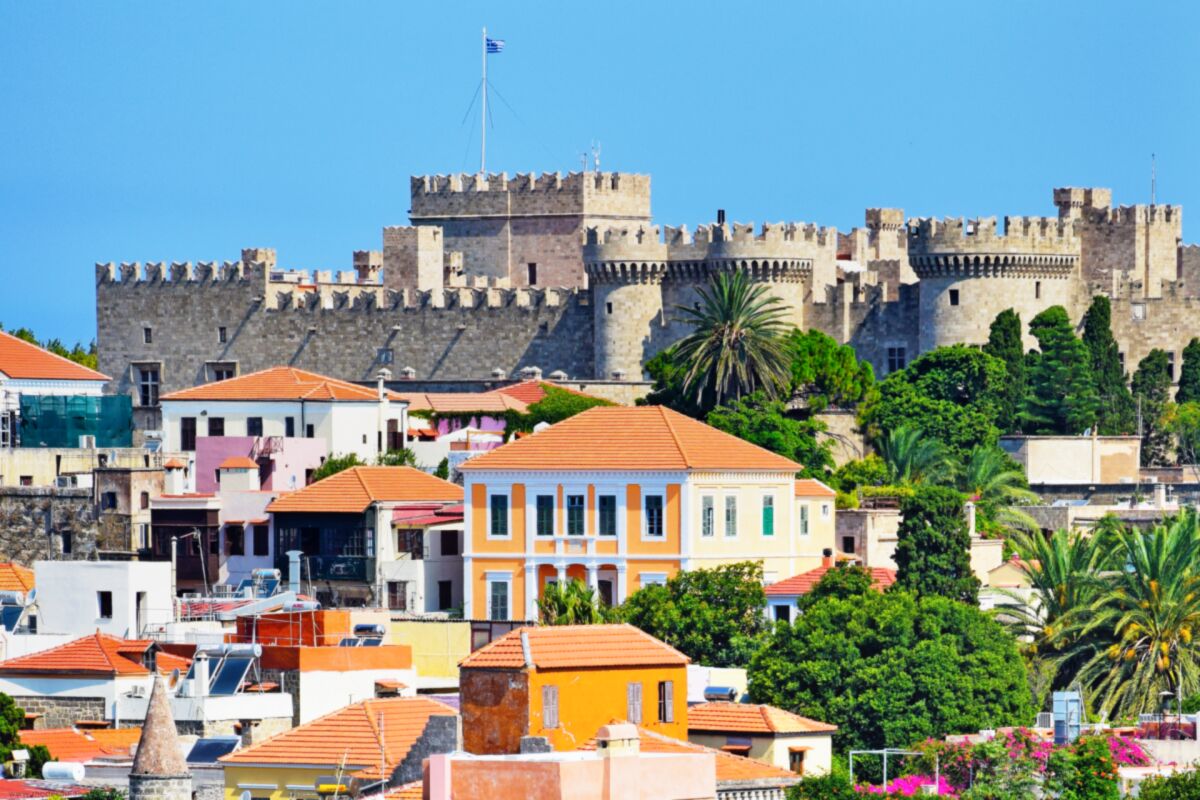 Today, although the glory and luxury of the past is not profoundly evident, the Palace has been turned into an Archeological Museum, allowing visitors to admire the remaining glamour, six days a week over the year. Additionally, in the early ‘80s the Old City of Rhodes was announced a UNESCO World Heritage Site.

The castle can be easily seen and reached through different parts of the Old Town. The most popular way, is through walking up the Street of the Knights, which is right next to the Archeological Museum. Conveniently enough, it’s only 1km away from Rhodes Town, which makes it a great opportunity for a walking trip to the past.

The castle of Feraclos (Feraklos) lies 150m high on a very sharp and rocky hill, on the eastern side of the island, overlooking the bays of Haraki and Agathi, opposite the coast of Asia Minor.


Palace of the Grand Master of the Knights of St. John reviews & comments

If you happen to be a history enthusiast, this is a must see location. The Palace of the Grand Masters is situated in the old town of Rhodes. It also has modern restrooms, a souvenir shop, however there was no audio guide available, and there are few exhibits .

This a very well maintained and restored Castle. It was a fantastic experience, not only because of the castle itself, also the mosaics, the statues, the wooden ceilings, the alabaster windows, it all is well worth the visit.

Commented by Judith October 15, 2021
Your opinion is important to us