The village of Trianta, situated on the edge of the homonymous gulf, was built on the ancient Doric town of Ialyssos. Like the rest of the area, the village is very busy. Despite the thousands of tourists swarming in every year, however, this settlement has managed to keep its character of a typical Rhodian village. 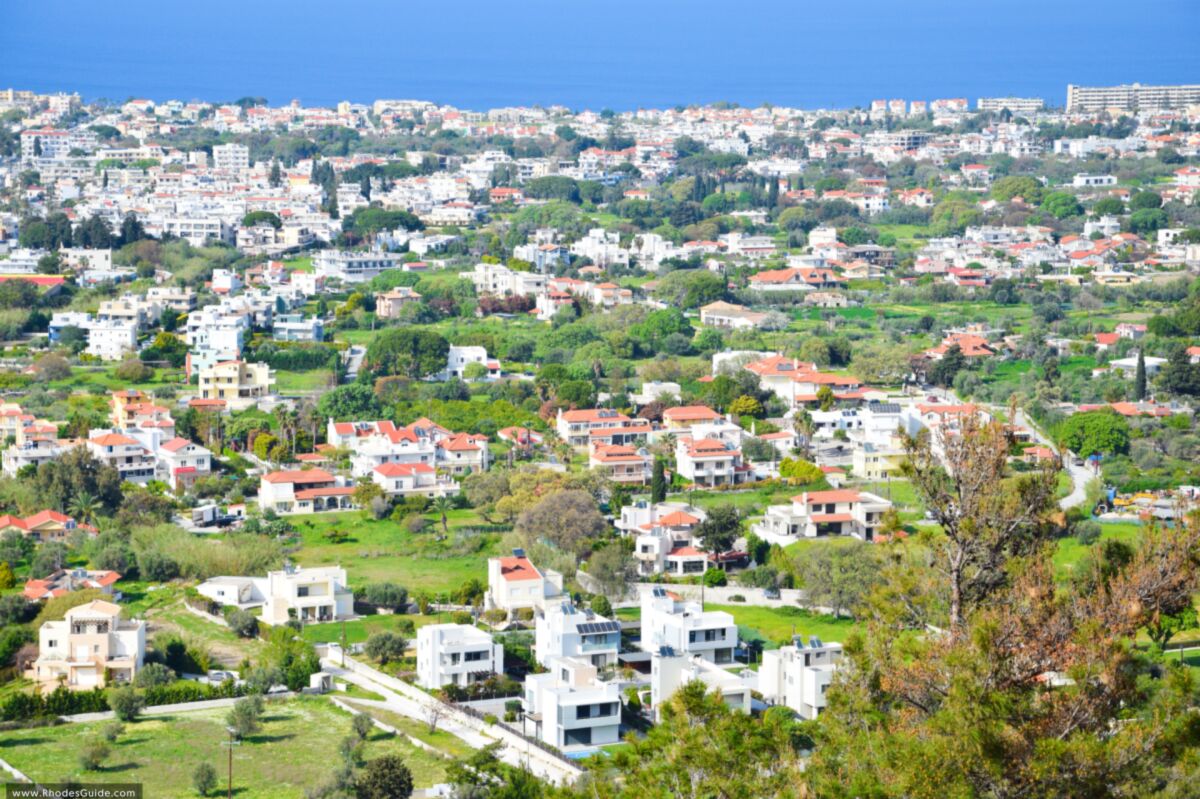 It is one of the most "extensively" built villages. The village of Trianta, also called Ialyssos, benefits from direct access to the beach and many large and traditional hotels can be found in the area. The beachfront in this zone is ideal for water sports of all kinds. There is also an organized windsurfers club, where windsurfers can enjoy their favorite sport, especially between 15:00 and 18:00 hours, as at these times winds are usually stronger.

Very close to Faliraki is village Psinthos. Characteristics are the running waters in fountain Fasouli and the age long plane trees, which reveal the beauty of Rhodes countryside.

Whitewashed courtyards with geraniums, stone houses with tile roofs looking out over the waves, the rocks with the mediaeval castle at their peak, windswept deserted beaches for playing games in the waves - a landscape of unspoiled beauty, difficult to find elsewhere on Rhodes.

One of the more traditionally modern villages on the island, Pastida is located slightly inland on the west coast of Rhodes. It is shadowed by the mountain of Filerimos, and its name in Latin means Castle.

Our family have visited trianta six times now and we are going back in August, the sun never fails to shine and the people are so friendly!

our holiday in Ialyssos this summer was excellent, food, beaches, and of course the friendly locals gave us a holiday to remember. Please try our favourite eating place, Colibri, run by Nikos and his lovely family, wonderful hosts. It is opposite the Electra Hotel. Hire a car and visit all the beautiful villages.