In the southern part of Rhodes and not too far from the rapidly developing resort of Kiotari, visitors can find the small village of Asklipio. It features a superb Byzantine church and a medieval castle to offer as sights to its visitors.

It is evident though, that the village is not yet developed touristically probably because of its position, close to the very popular sea resort of Kiotari, that has drawn all the attention. However, this tiny village hidden in between major touristic areas and astonishing natural surroundings, certainly is worth a visit, as it has many things to offer, such as the charm of a virgin place, peace, and of course precious sightseeing.

It is a rather small but lively village, with a fairly large population. The heart of the village is the square in front of the Church of the Dormition. You should take a look at the interior of the church, which was built in 1060 and has been recently restored and admire the extraordinary fine Byzantine wall paintings. Just next door, in the church's old olive press, you will find a small folklore museum. After visiting the church, take the road up to the castle. At the top of the hill the medieval fortifications offer a marvellous view of the beach stretching endlessly from Kiotari all the way to Gennadi. 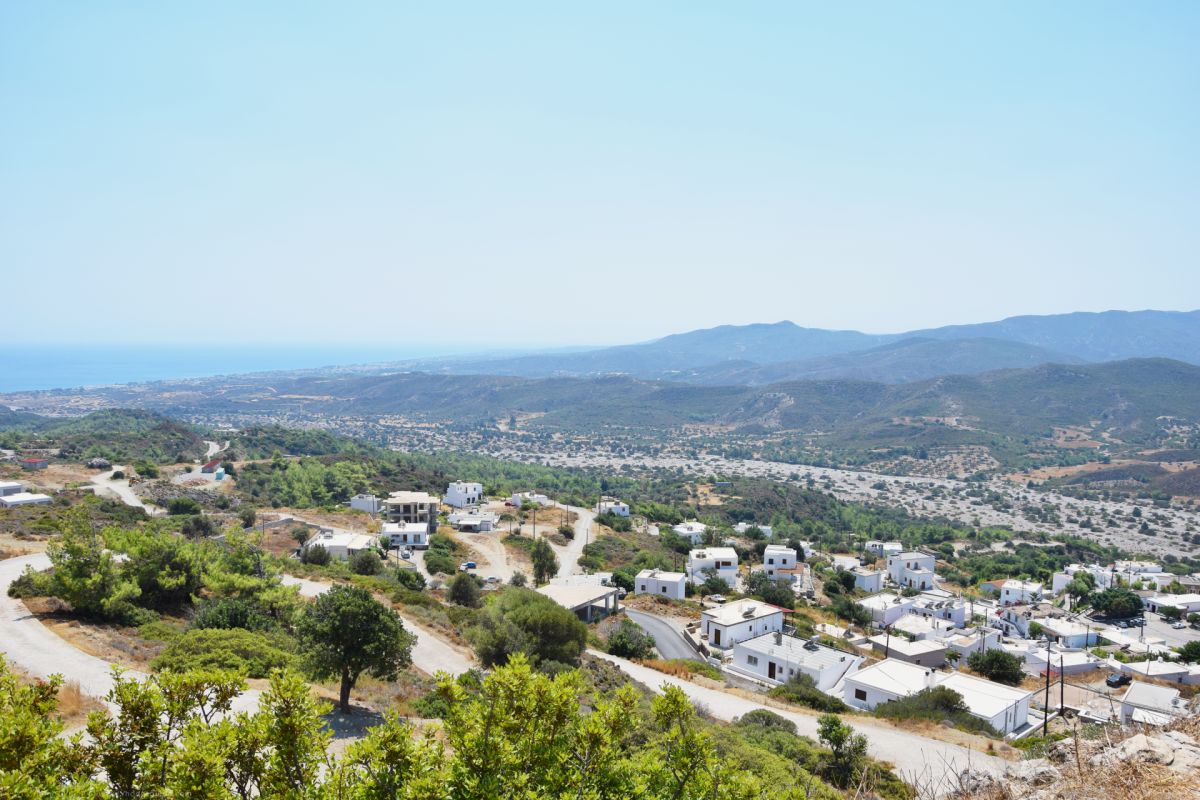 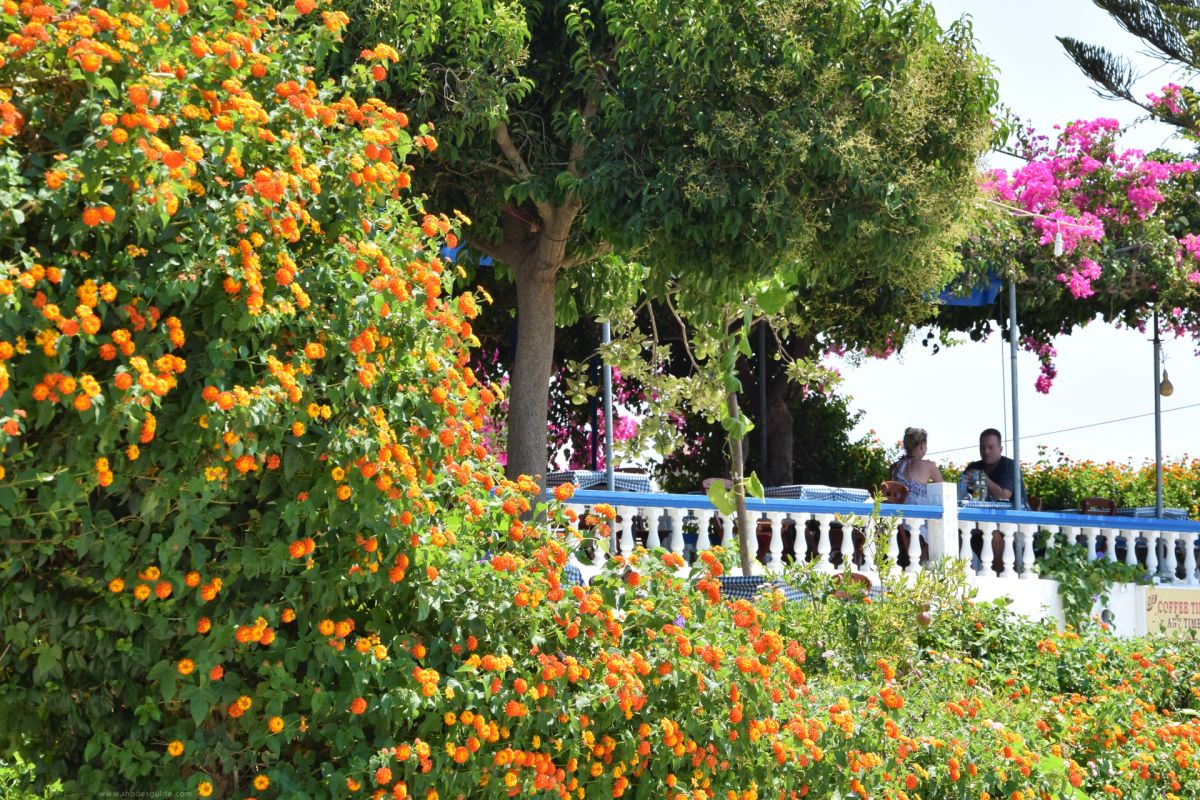 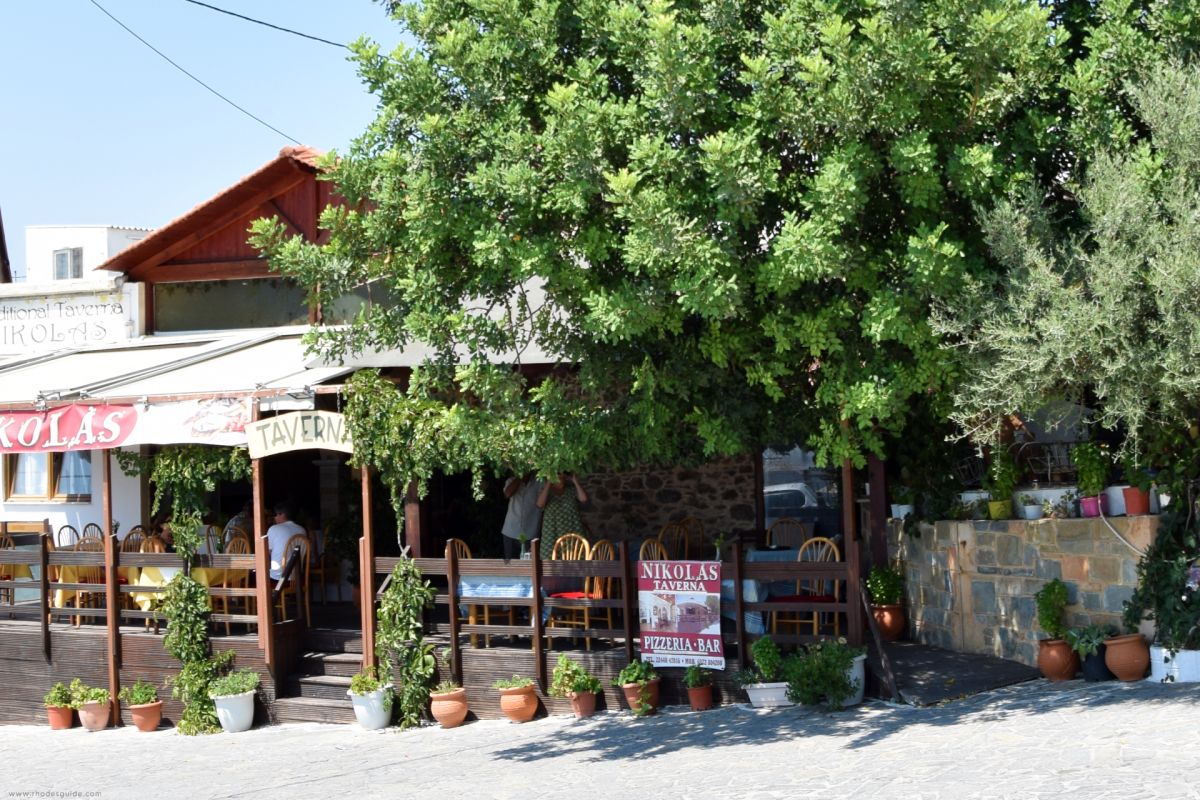 Along the west coast road of Rhodes is the village of Fanes, just after of Soroni, featuring a picturesque harbor and a flat, isolated beach with tamarisk trees for some natural shade.

The village of Kalithies offers narrow alleys and numerous monuments. Kalithies, which is located on the north-west part of the island, 15Km from the city of Rhodes, belongs to the municipality of Kalithea, along with the villages of Koskinou and Psinthos.

The small village of Asklipio stole my heart! The Greek village is so authentic, full of real warm wonderful Greek people. I spend time in the village. I've often sat and watch the kids play football in the town square, and in the evening the older ladies of the village sat along 'the wall' and watched the world go by. I've listened to the church bells calling the villagers, and often when they came out of church they have shared with me the 'special bread' from the service.
My favourite thing in Asklipio is Nik's Taverna, a family run taverna, and without a doubt in my opinion, the best authentic food in Rhodes. After trying many other taverna's Nikolas's taverna became a home from home. Nik and his lovely wife Effie own the place and nothing was too much trouble. Sometimes there were delicious things off the menu, Nik usually has something set aside, or if not he suggested wonderful new tastes for me to try.
One year I celebrated my birthday while in Rhodes and decided to eat at Nik's we let him know that we were coming for dinner. When we arrived, the table had been laid with a special cloth, flowers in a vase and a red rose for each of us, and not forgetting the most scrumptious chocolate cake that Nik had gotten especially for me. The villagers joined in when Happy Birthday was sung. Itâ€™s a birthday I will always remember and mostly due to Nik and his familyâ€™s kindness.
I am planning on spending my birthday at Nik's again this year June 1st see you there?

My favorite part is the view of endless beach, but don't forget to visit the Church of the Dormition. The beauty of this place will keep you at a loss for words. Simply breathtaking :)

I lived in Asklipio with a friend who's from the village. The village is beautiful with friendly and welcoming people. I recommend that anyone who holidays in Rhodes visits Asklipio and then meets for lunch at the Lighthouse

On our recent vacation, we went to Asklipio, Rhodes, Greece. It was the first time I've ever been to Greece and I had a wonderful time. I lived in the village of Asklipio for a little over three weeks and I have a lot of beautiful memories now that I am back home in America. I think that this must be the most beautiful place on earth.