The Medieval Castle of Lindos, Rhodes

There is no evidence of existence before the arrival of the Knights, apart from some remnants of the medieval fortifications. Therefore, the Crusaders had to rebuild the fortifications and construct the building from scratch, sometime in the 14th century, constantly improving the constructions as the years went by, and followed by Danish experts in the early 20th century, who undertook the second major renovation of the whole site.

The towers of the castle that survive today, are built following the natural terrain and reach about 508m in length. The way the whole site was built is evidence of the ancient architect's perspective and emphasis to theatricality. On the south side, dominating the harbour and the village, used to be a pentagonal tower. Also, there used to be three more towers surrounding the castle, a big circular one on the east, overlooking the sea, a round one and a third square one, on the northeast side of the fortifications. 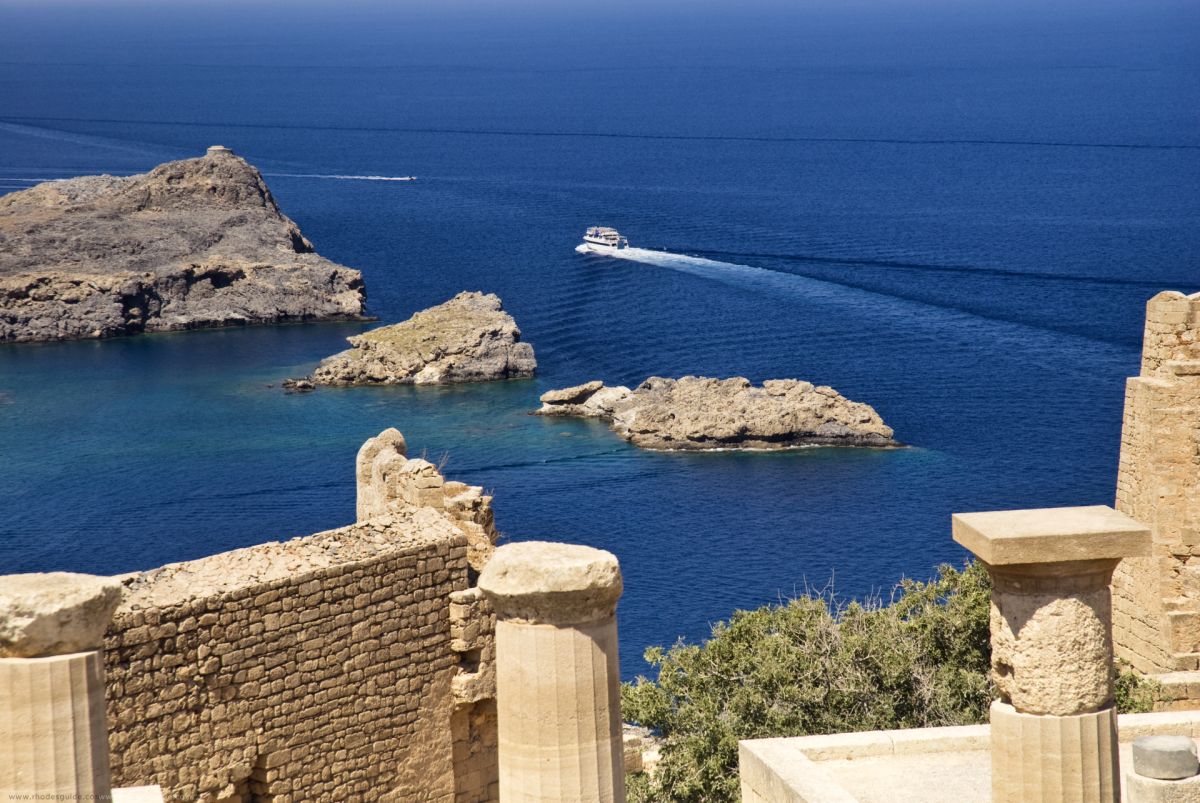 From the surrender of the occupants to the Turks in 1522, and throughout the 16th and 17th centuries, the castle sustained some renovation work, mostly of military nature, as there was a demand on protecting the castle from the vast use of cannons. Today, as mentioned before, the two towers, the one on the southwest and the other to the west of the Governor's Palace still survive. It is an amazing building to visit because of its renowned antiquity. 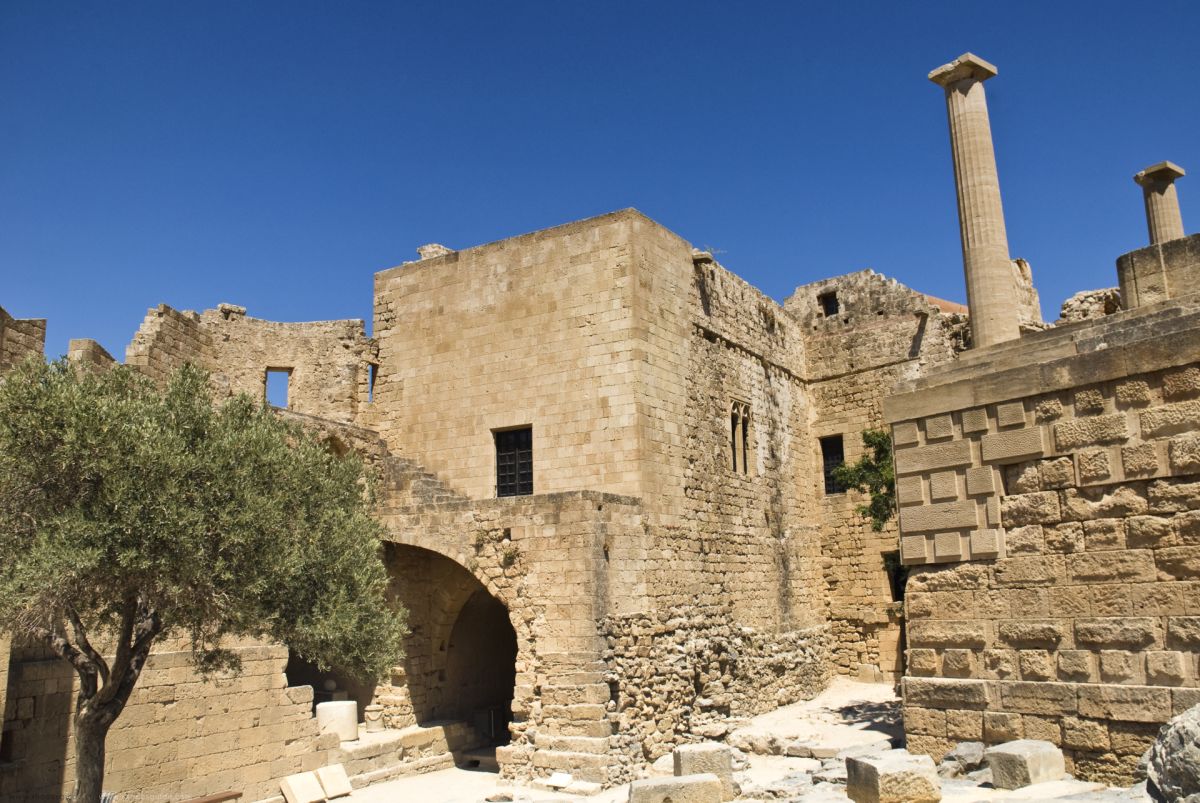 The ascent to the Acropolis is through a quite steep path but the entrance of the castle welcoming you with the Knight's coats of arms still hanging intact, is worth the trip.

The Medieval Castle of Lindos location:

Right at the heart of the village of Lindos, within the walls of the Acropolis on the steep hill overlooking the settlement and it's 47.1 km away from the City of Rhodes.

The district of Ialyssos (Ialysos) encompasses the northern part of the island. It was inhabited in the prehistoric period. Remains of a Minoan settlement have been found at Trianda and Mycenaean cemeteries have been located on the surrounding hills of Makria Vounara and Moschou Vounara (1700-1400 BC).