At St. Paul's bay, you will find sand and pebbles, with rocks from which to dive into the crystal water. You will have to leave the car well before you reach the beach, and then you have to walk. You can also come here from Lindos on foot.

No reviews - add yours
Amenities & things to do at St. Paul's bay (Agios Pavlos) beach:

St. Paul's beach consists of two tiny creeks and a little chapel at the end. This is where people from the upper part of Lindos village prefer to come to swim. Those from the lower part usually go to Lindos Beach. But there are quite a few foreign tourists here as well. 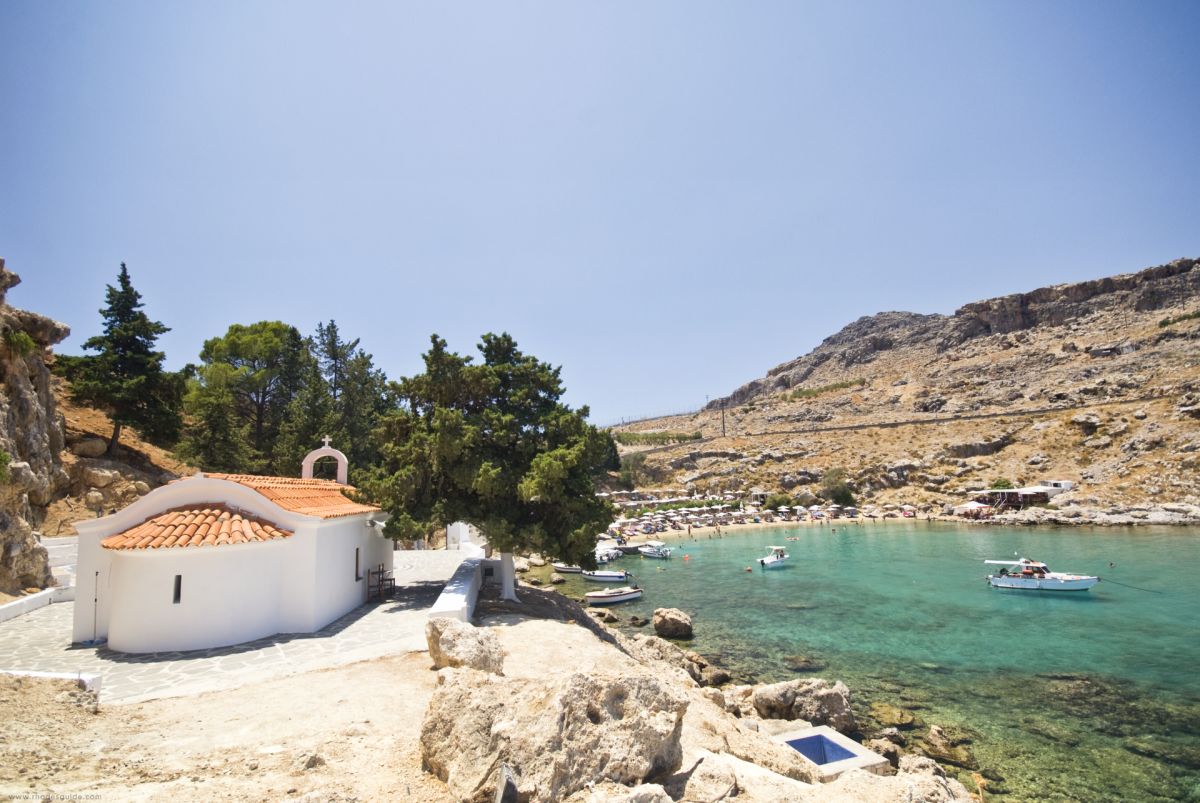 The right side of the beach offers sunbeds, food and island music, while the left side offers solitude.

It is believed that St. Paul came here in the year 51 AD to teach Christianity to the Rhodians. The beautiful small church built on the hillside to the right of the bay is also a very popular wedding location.

St. Pauls Bay is known for its picturesque scenery and a stunning view towards the rock on which the Lindos Acropolis stands, its golden fine sand and the turquoise waters. 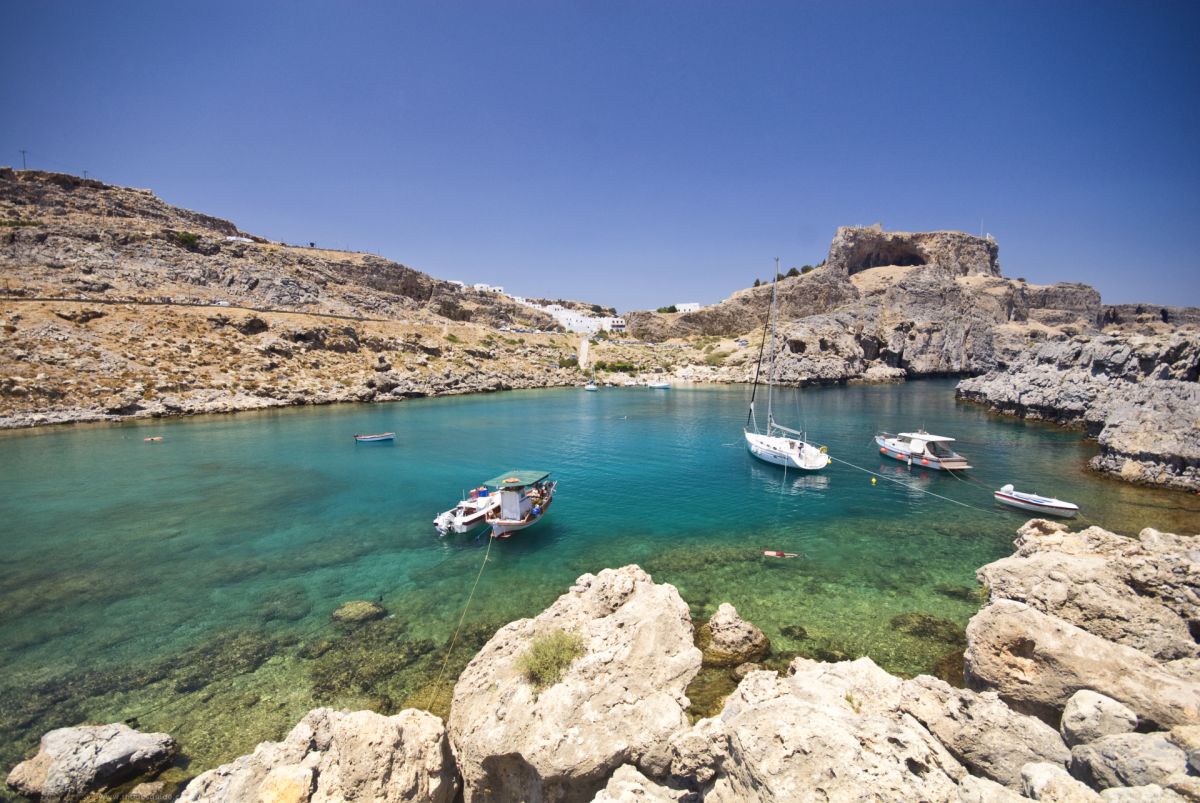 Visiting this beach should definitely be on the top of your itinerary for your visit. Children can swim in the shallow waters close to the shoreline. If you want to cool down, go for a refreshing swim in the sheltered waters along the bay. Or grab your snorkeling or scuba diving gear and head for some seabed exploration. 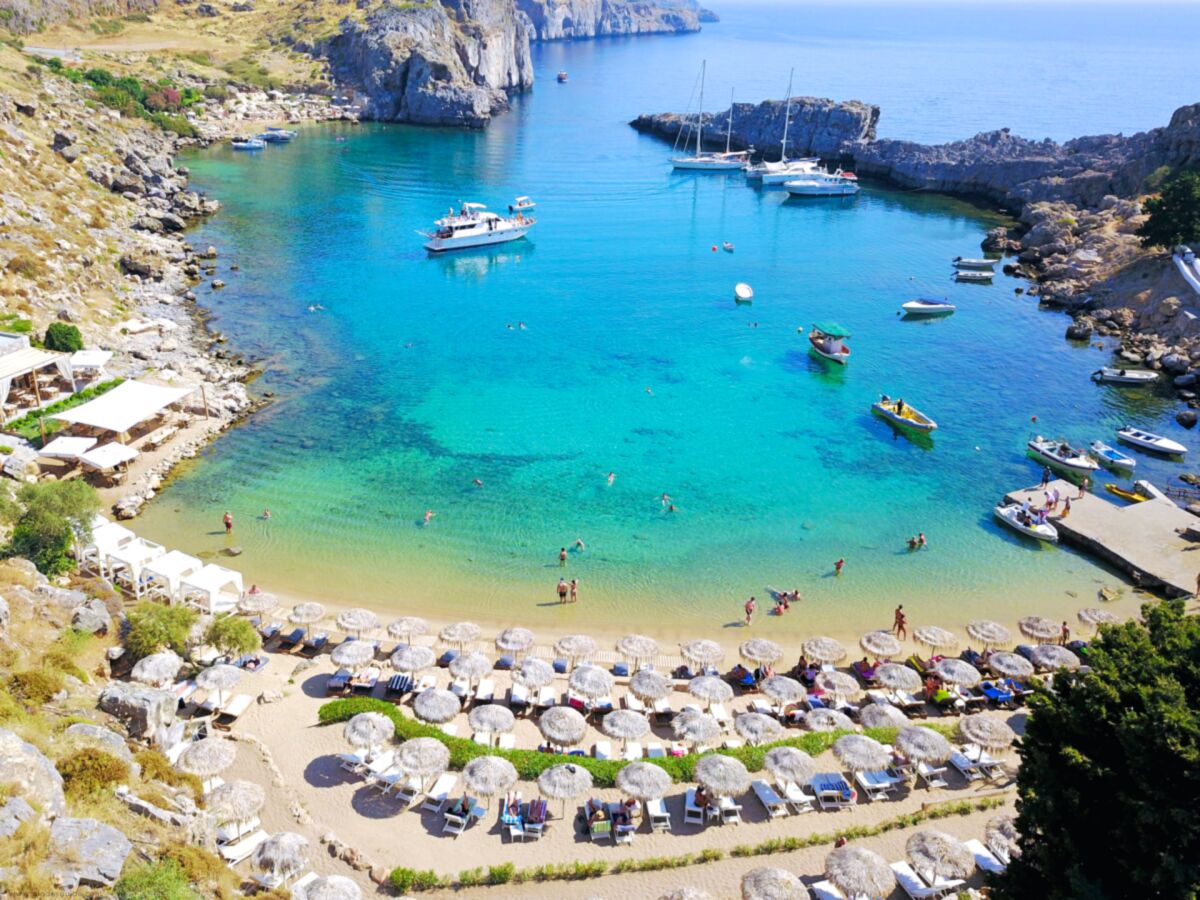 Those of you who love movies can ask one of the boatmen who moor here to take you to the Laki, the straits where a number of scenes from "The Guns of Navarone" were shot. 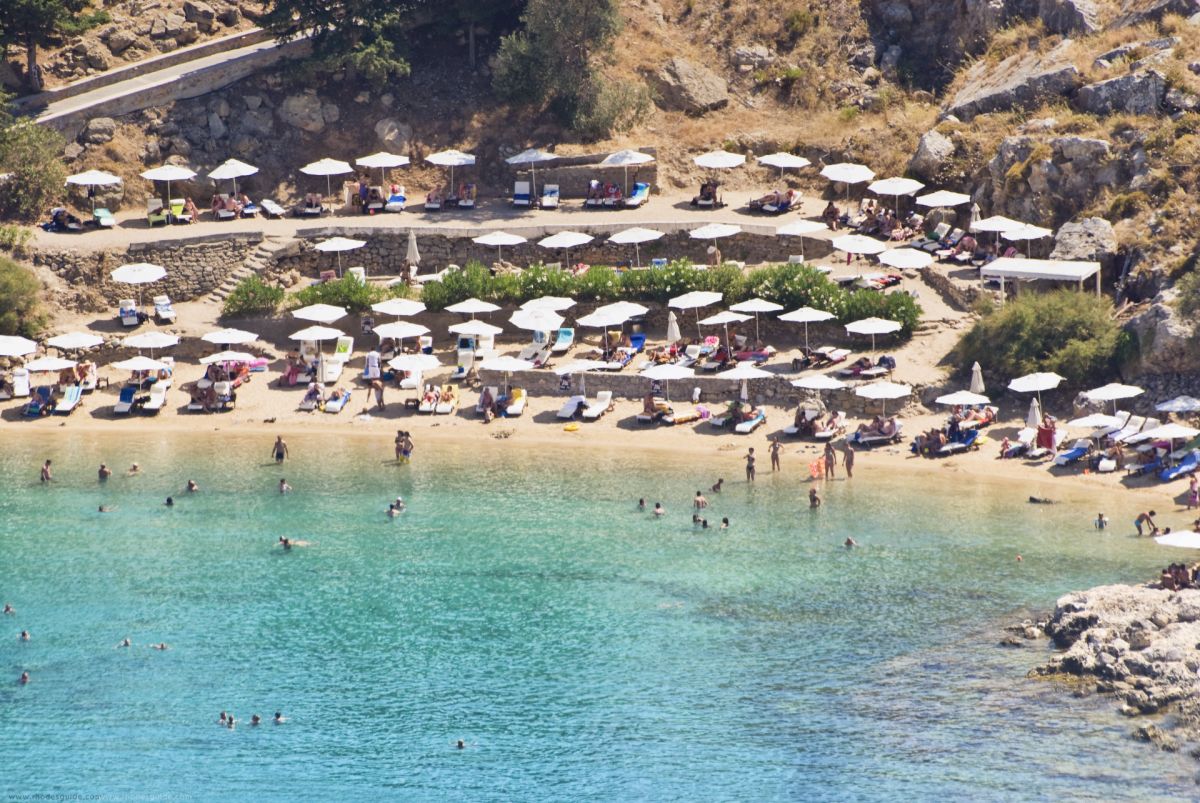 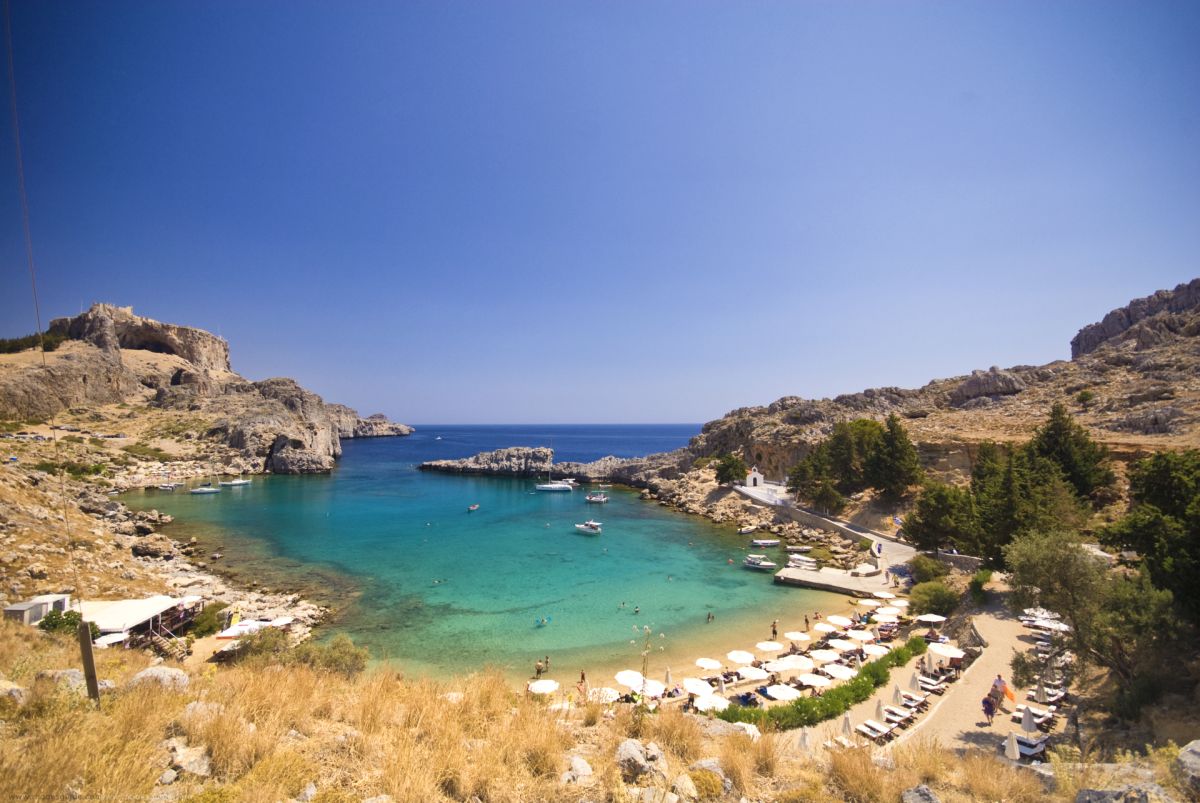 Glystra beach is a beautiful little cove with fine sand, popular with those who want their umbrella and some peace. Glystra beach is located on the southeastern coast of the island of Rhodes, in the bay of Lardos, at a distance of about 55 km southeast of the city of Rhodes. The coastal zone of the beach is sandy, as well as the seabed which, in few places, is covered by rocks.

Ialyssos (Ialysos) beach is one of the most highly organized beaches on Rhodes, and many hotels are located in this area. Like Ixia beach, it is partly pebbly, and very popular to windsurfers as it is mostly windy and wavy as well.

Gennadi beach combines two different characters, and is basically a continuation of Kiotari. Sand and small pebbles as far as the eye can see - and the liveliest beach parties held anywhere on Rhodes.