Akti Miaouli beach and Akti Kanari beach are organized and well visited beaches, yet still not as crowded as the neighboring beach of Elli. The beaches are located on the northwest coast of the capital city of Rhodes, in short walking distance from the city centre.

Amenities & things to do at Kanari Beach & Miaouli Beach beach:

Kanari beach, also known as Psaropoula Beach, along with Miaouli beach, form together a vast, broad beach that is partially pebbly and partly sandy. It is located in the center of Rhodes City, and one may consider them to be the siblings of Elli Beach, since the two beaches are divided only by the island's tip. Akti Miaouli beach begins just behind the Aquarium and continues down the Kanari coast, connecting the two. 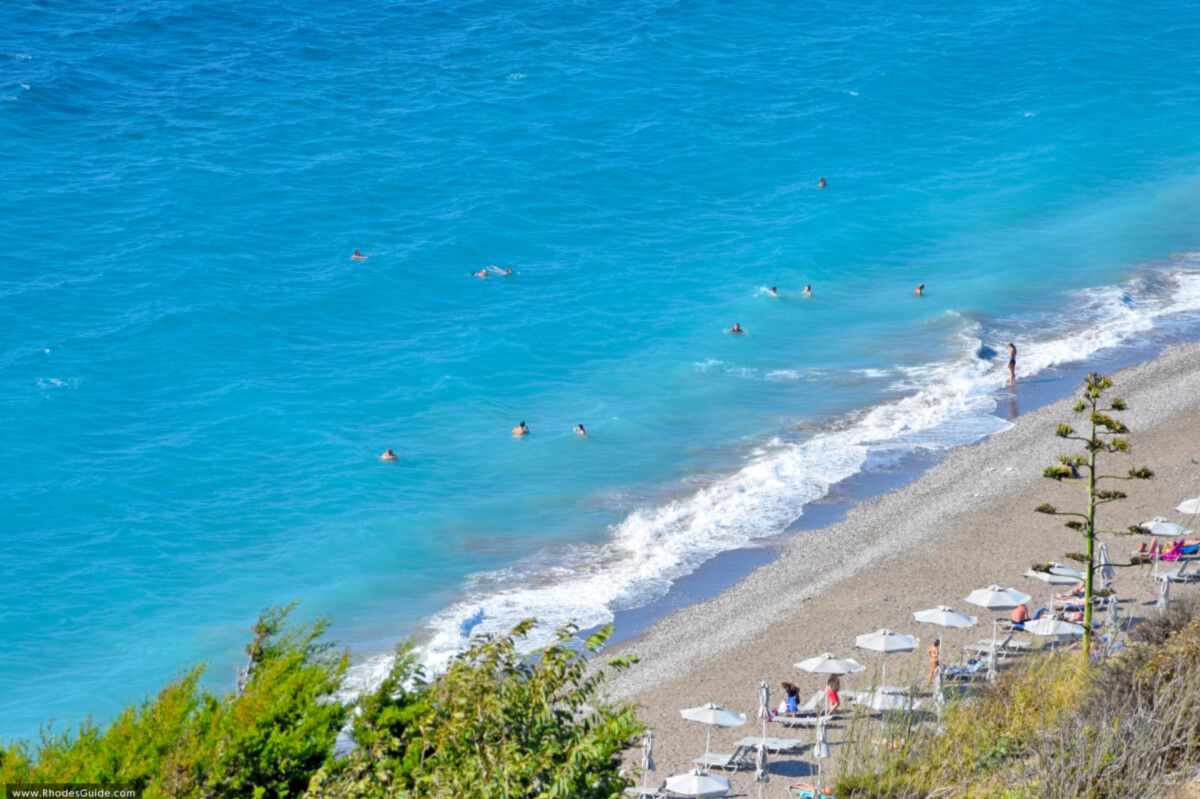 It is frequently windy and wavy due to its location on the west side of the island. It should also be noted that in some places the seabed drops quite steeply, which does not make this a beach necessarily suitable for young children. The distance from from the port is 1.5 kilometers, 12 kilometers from the airport, and 10 minutes from the city center.

Sunbeds, umbrellas, canteens, free showers, and parking spots are available at the beach. Right on the street that lies above the beach one can find many fine restaurants and cafeterias, which also makes it suitable if you are looking for a beach that combines something of the cosmopolitan. Those restaurants are also visited by many locals, which also speaks for the quality of offered services and food. 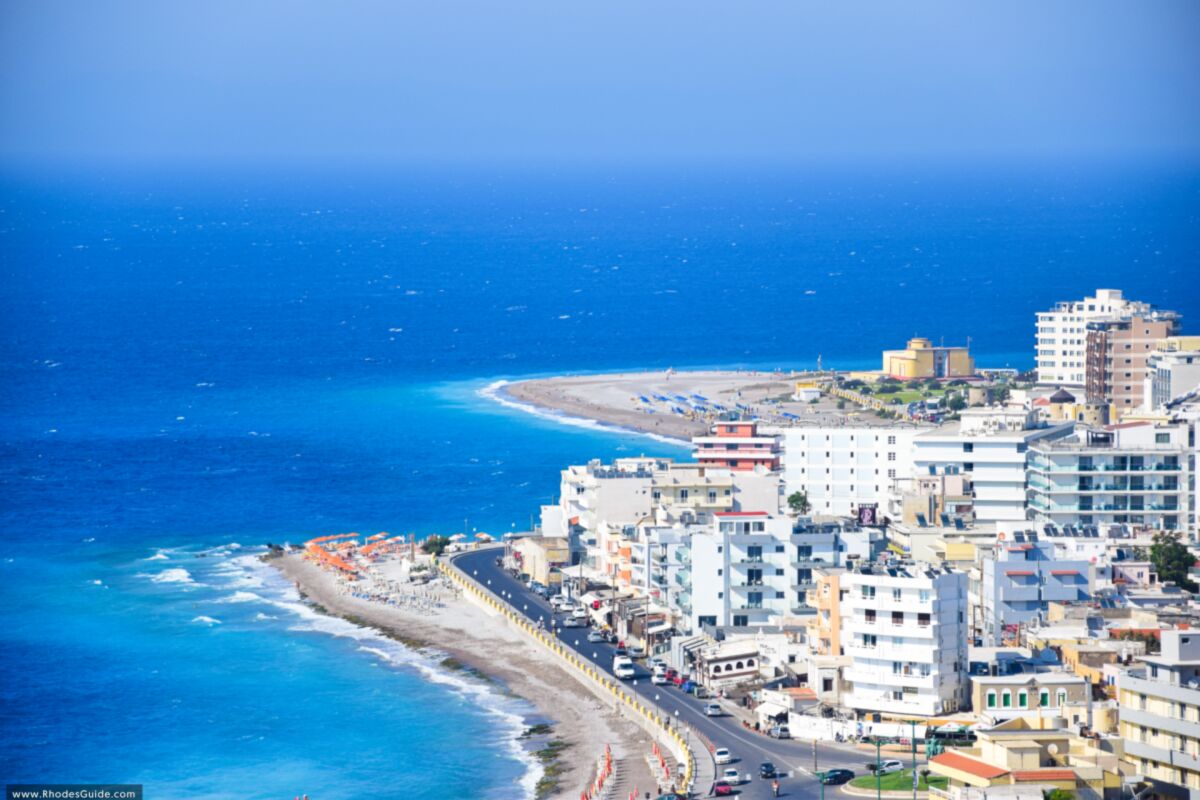 Due to its easy access by foot, it attracts a large number of people each day, both tourists from surrounding hotels and residents. There's also bus stop nearby, and parking should also be relatively easy to find.

Plimmiri beach (or Plymmiri beach) is on the southeast side of the island, about 70 km south of Rhodes Town. This area is not heavily developed yet.

The beautiful sandy beaches of Lardos are known as some of the best beaches on the island. You will find crystal clear waters here - it is a Blue Flag awarded beach, situated on southern end of Pefkos bay.