This is an island with marvelous sandy beaches, full of springs and streams and Genoan towers. Tourists are still few. Tilos is situated between the islands of Nysiros and Halki, at a distance of 290 nautical miles from the port of Pereaus. It has an area of 64 square kms and a coastline of 63 kms. The ground is rocky with the only exception being a small fertile valley found almost at the center of the island and which ends up on the idyllic, one kilometer long, sandy beach of Erystou.

Mythology has it that the island received its name from Tilo, the youngest son of Telchinidas Alias and Helios. On this island Tilo gathered therapeutic plants for his ill wife and later built a temple there and became the priest of the temple. Recognising the charm of the myth the truth about the name is however, like for most of the Greek islands, that it has an unknown pre-Hellenic origin. Excavations prove that Tilos, as did most of the Dodecanese group of islands, had in succession Minoan, Mycenean and Doric domination. Herodotus speaks of the golden age of Tilos as being in the centuries preceding him and that a strong contingency from Tilos and Lindos under Tilini of Gelas, colonised Sicily during the 7th century BC. The gentle poet Irinna, thought to be equal to the famous Sapfo, was born and lived on Tilos till her death at a very early age.

The ancient city was also named Tilos and was located in the area of 'Kastro'-Castle of the Great Village. It had a famous temple dedicated to Pythios Apollo and to Poliada Athena, upon whose ruins was built the church of the 'Taxiarch'-Archangel Michael in the post-Byzantine period. 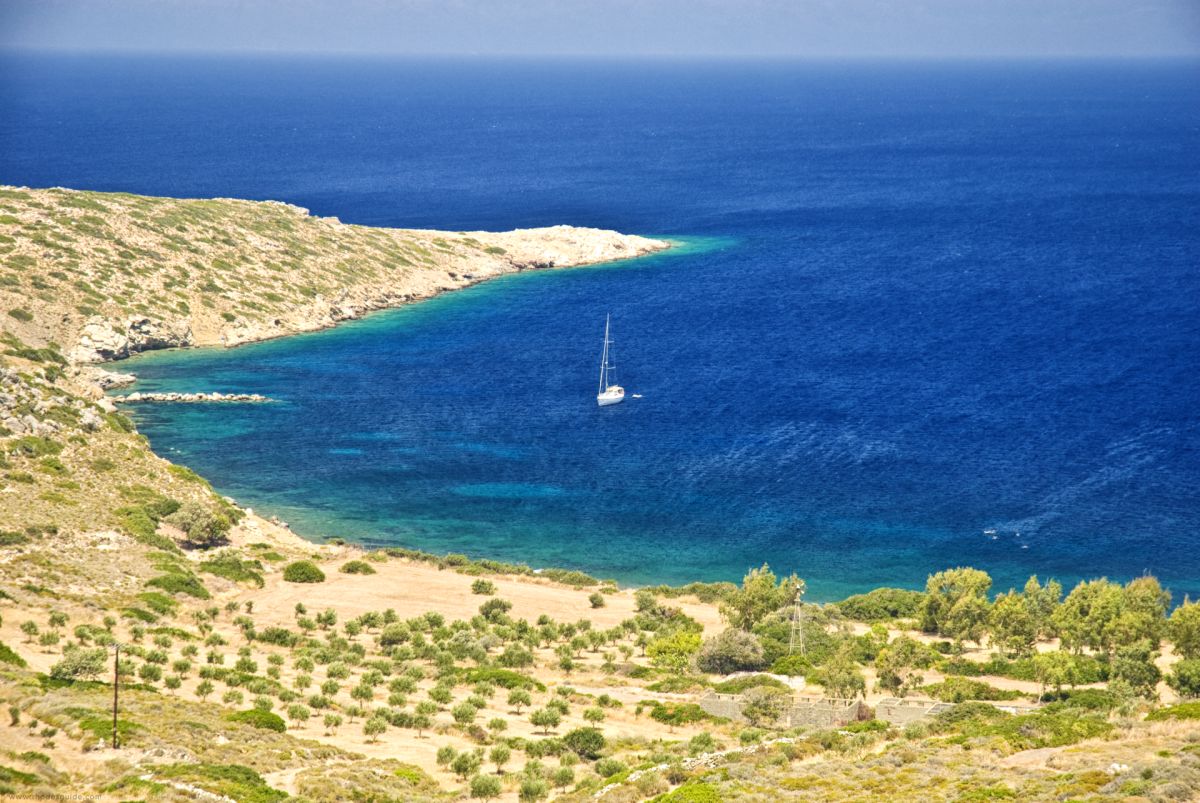 During Hellenistic times Tilos was subject to the influence of the mighty state of Rhodes and was finally incorporated into it. The richness of the archaeological finds which are dated from the Roman and early-Christian times witness to the prosperity of the island until the great earthquake of 550 AD. Surprisingly there is no information on Tilos from the 8th to the 14th centuries, until the Knights of St. John invaded it. Ruins of once strong fortresses, in which the inhabitants found refuge in times of danger, are found on the island and date from both the Byzantine period and the age of the Knights. From the middle of the 15th century Tilos is subject to constant invasions. The Turks capture the island in 1522 and place it under the privileged administrative and tax system known as "maktou". Turkish domination however does not bring peace for the island is pillaged constantly by Christian pirates under the pretence of revenging the Turks. In 1912 the Italians take control of the island and it too follows the political history of the Dodecanese group.

Today the island has 300 inhabitants but earlier it had many more for there are many settlements of which only Megalo Chorio (the capital of the island) and Livadia (today's port) are presently inhabited.

Megalo Chorio is the capital and quite an impressive settlement built as it is at the foot of a rocky hill with the Kastro poised above it. Until early in the 18th century, the entire village resided within the castle walls.

The inhabitants of 'Mikro Chorio'-Small Village, which was probably built during the age of the Knights, began to abandon the village during the 1930s. Some left the island altogether whilst others relocated to Livadia which saw rapid development until it became the port of Tilos.

Administratively, Tilos is autonomous at the local level and until recently was governed by the Municipality of Megalo Chorio (pop. 172) and the Community of Livadia (pop. 107). Today, under the reforms of Law 2539/1997 (I. Kapodistrias), the two local bodies have been merged into the single Municipality of Tilos.

Today, Tilos is trying to keep its few remaining inhabitants from leaving with developmental projects centred on tourism which will coexist with traditional primary production such as (agriculture, animal farming, bee-keeping and fishing). 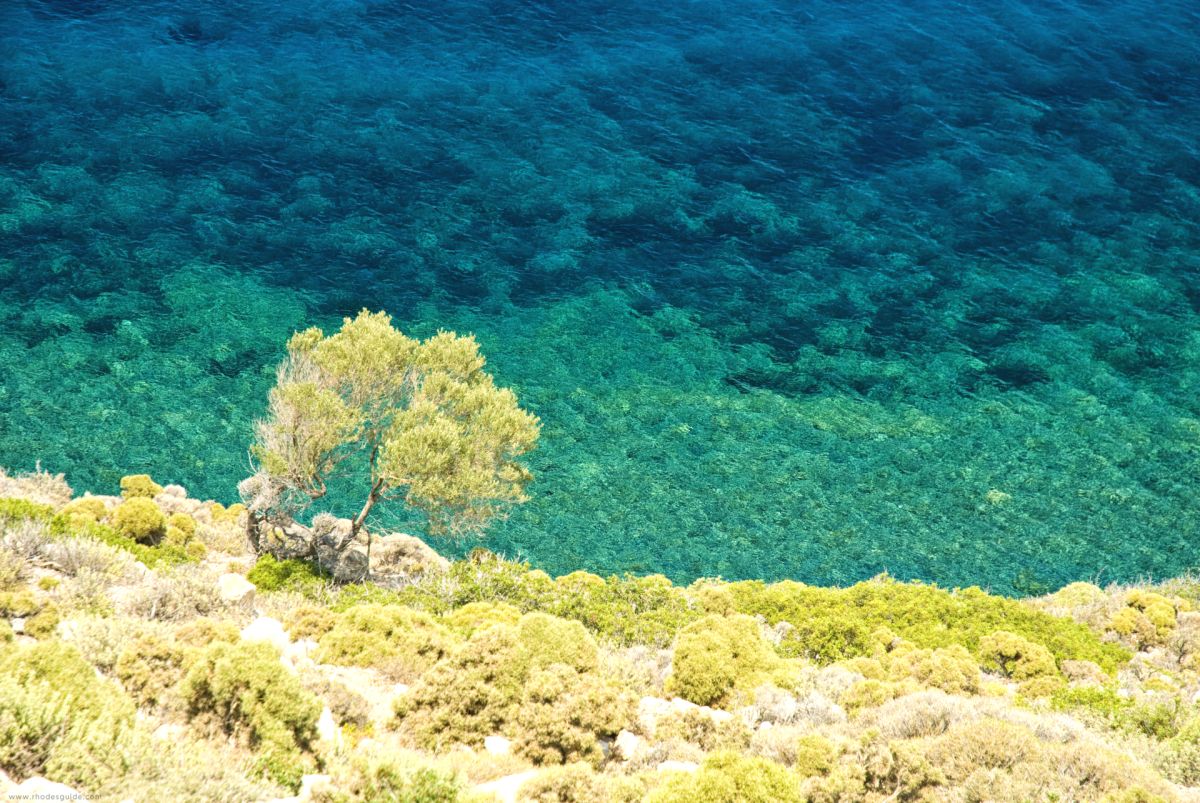 In November of 1971, paleontological excavations in the cave of Harkadio, brought to light many ancient relics: bones of dwarf elephants which lived on the island some 50.000 years ago until some 3 to 4.000 years ago, bones of deer which lived 140.000 years ago and Neolithic ceramics and stone tools. Dwarf elephant bones can be seen by the visitor in the small museum located in the town of Megalo Chorio, together with other findings.

Tilos displays many worthwhile sites for the visitor. In the capital there is the wonderful church of the Taxiarch, with it’s a masterfully carved wooden temple, pulpit and throne. There are two feasts celebrated, one on the 8th of November (feast day of the Archangels) and the other on the 28th of July, in the courtyard of the church and during which is performed the 'Dance of the "Koupas" Cup'. In the Kastro, from which the visitor can see the picturesque bay of St. Antonios, the old church of the Taxiarch is preserved.

The most important pilgrimage site is located in the north-western part of the island and is the monastery of St. Panteleimon. As it is today, it is thought to have been built in the second half of the 15th century and saw its peak during the 18th century. It is constructed within a lush green ravine and has a well and a magnificent view of the sea. The church has old frescoes and a beautiful pebbled courtyard. Many pilgrims from the nearby islands as well as ex-patriot Tilians attend the three-doy festival which is held there, beginning on the 27th of July. Traditional foods, music and dances are on offer during this major feast.

Twenty iconographed chapels are found all over the island and which have been painted from the 13th till the 16th centuries. Tilos is an ideal place for quiet holidays. 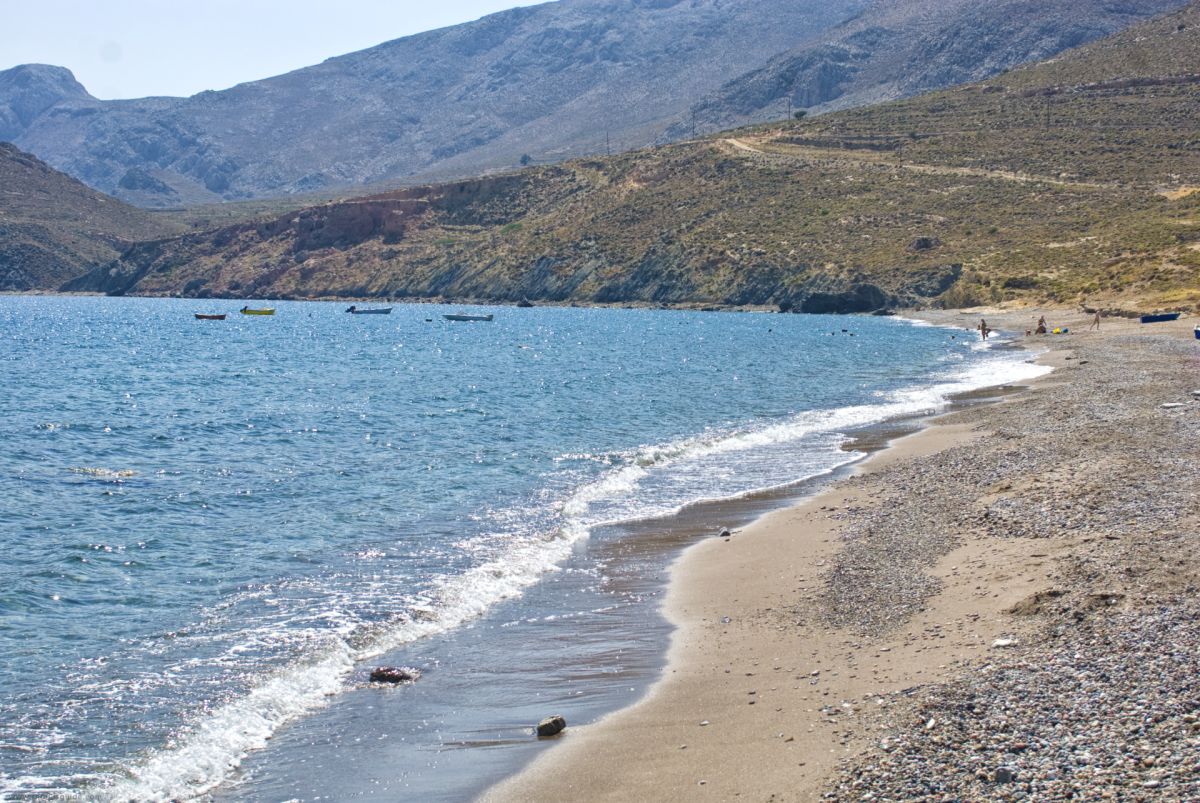 Until a few years ago, most of the residential electricity consumption on the small Greek island of Tilos was supplied by a submarine cable connecting it to a diesel power plant on the larger Kos island, almost 50 km northeast. In 2017, a project was launched to transform Tilos into a wildlife conservation area. It included the installation of a hybrid energy system consisting of a wind turbine, a photovoltaic power plant and two high-energy-density batteries. Today the power plant supplies 75% of the island’s energy needs in the summer, when its population reaches more than one thousand people, while it produces a surplus of energy in the winter, when population halves.

The green conversion of Tilos was made possible thanks to the TILOS project, funded by the European Union’s Horizon 2020 research and innovation programme. The island has become the first island in Southern Europe to achieve almost complete independence from electricity generated from fossil fuels.

The success of the TILOS project paved the way for similar projects that reflect the objectives of the European Green Deal, by which the EU aims to reduce its greenhouse gas emissions to zero by 2050 through the reduction of energy consumption and a strong push towards clean energy production.

More information about the TILOS Project can be found here: https://eunice-group.com/projects/tilos-project/ and here https://www.tiloshorizon.eu/

I have lived in this beautiful island ....it is the paradise