Wind- and kite-surfers meet at the stations of the west coast, between Ixia and lalissos, which is the most popular for this type of water sports because of the optimal weather conditions. Enthusiasts flock in from all over the world to experience the strong meltemi winds, that come along this side of the island, which are almost constant, allowing you to windsurf and kite-surf all day long. Prassoníssi, at most southern tip of the island, is also one of the hot-spots for windsurfing and kite-surfing. Parasailing and water skiing opportunities are offered by numerous stations, especially on the east coast.

In Faliraki, motor boats up to 30 hp can also be hired by people without a license. A company at Stegna Beach below Archangelos offers guided standing paddle (SUP) tours - some even with yoga on the water. 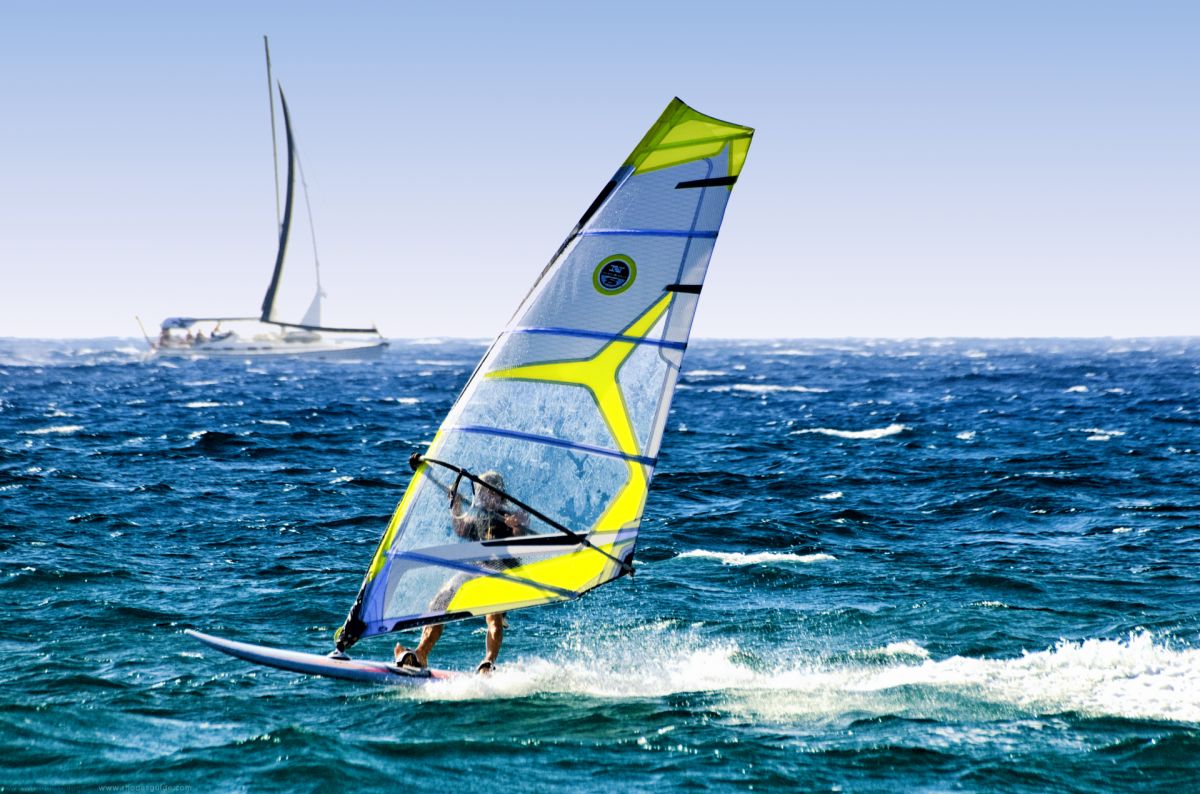 Due to numerous archaeological treasures still suspected on the seabed, scuba diving around Rhodes is only permitted in three smaller areas: near Kallithea, near Ladiko and near Lindos. Several diving schools offer their services.

On the eastern side of the island you will find a large variety of options for water sports. Here jet-skis, water ski, and family fun prevail. If you like and have some boating experience, you can hire both powerboats and mini- catamarans. Allot of places will offer instructional courses on all water sports, including boating, for which you can obtain a internationally recognized certificate. There are also pedal boats and canoes for hire almost everywhere.