The Hospice of St. Catherine was built in 1391-92, under grand master Heredia, by the Italian Domenico d'Allemagna, admiral of the Order of the Knights of St. John (Knights Hospitaller). The founder was an important personage, disposing of considerable means.

The foundation charter of the Hospice in 1391 states that it was «founded in the burgus of Rhodes, near the walls at the gate leading to the mole» already known as the «Gate of St. Catherine» from 1465. The situation of the building draws the eye, as it projects into the axis of the high street; the salient part carries the coats of arms of 1516. 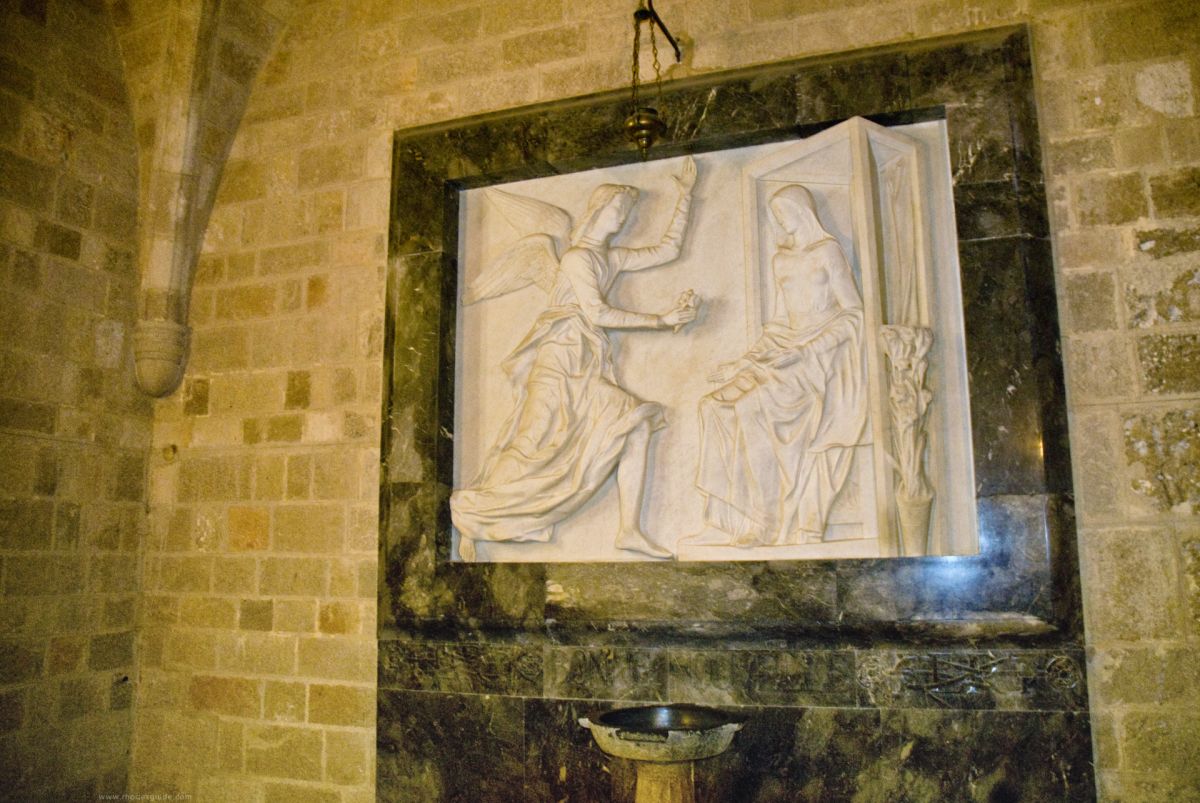 The Hospice, exclusively intended for eminent guests of the Order, was already in use from 1394-95; at this date traveller Niccole de Martoni described it as «beautiful and splendid, with many handsome rooms containing many and good beds».

The building was apparently destroyed in the siege of 1480 and the earthquake of 1481. Its rebuilding, as testified by the heraldy on the west façade, was completed by Costanzo Operti in 1516, when Fabrizio del Carretto was grand master.

In 1944 the east part of the Hospice was destroyed by Allied bombing, along with many building in the heart of the Jewish quarter. In the years following, the surviving part stood forlorn in a deserted neighbourhood. It was occupied by poor immigrants from the neighbouring islands until 1986, in slum conditions.

The Hospice of St. Catherine was one of the 20 state-owned properties under the jurisdiction of the Archaeological Receipts Fund entered in the restoration programme of the Office of the Medieval Town, founded in October 1985.

Its restoration, in the following ten years, was a complex process involving:

a) The social problem of rehousing 16 households hitherto accomodated within the Hospice (1986-1995).
b) Archaeological investigation of the site (1987-1993).
c) Urgent rescue measures, carried out alongside the restoration of the Hospitaller masonry and structural examination (1986-1991).
d) Completion of consolidation measures and the architectural restoration of the standing part of the Hospice (1992-1995).
e) Conservation of medieval and traditional features by specialists.
f) Restoration of the collapsed east side of the building (1994- ).
g) The integration of the restored Hospice «Heritage Educational Centre» into the surrounding archaeological sites, in order to facelift the area and attract the visitor of the historic centre.

When you approach the walls of Medieval Old Town of Rhodes you are about to enter the oldest inhabited medieval city in Europe. It's a thrill to behold. Best to know one thing from the start about the Old Town of Rhodes: It's not laid out on a grid - not even close.

The 7th Marathon of Rhodes is organized by the Region of South Aegean, EAS SEGAS Dodecanese, DOOPAR of the Municipality of Rhodes and is supported by the Rhodes Hoteliers Association. It is under the auspices of the Greek Tourism Organization and is included in the official calendar of AIMS.