The Monastery of Saint Nektarios of Kryoneri is a beautiful church located on your way to Archipolis village, as you drive inland from Kolymbia. With a beautiful surrounding area, it makes an excellent combination with a visit to the Seven Springs (a spot of incredible natural beauty), which is just a few minutes drive away.

In the place where the monastery stands today, a small chapel of gratitude to Saint Nektarios was built in 1966 by Kyriakos Kostomiris and his wife Despina, who believed that he miraculously treated their son, Tsampikos, suffering from poliomyelitis. The icon of the Saint was remarkably portrayed by the monk Michael Kavsokalivit, a duplicate of which is kept in the Monastery. 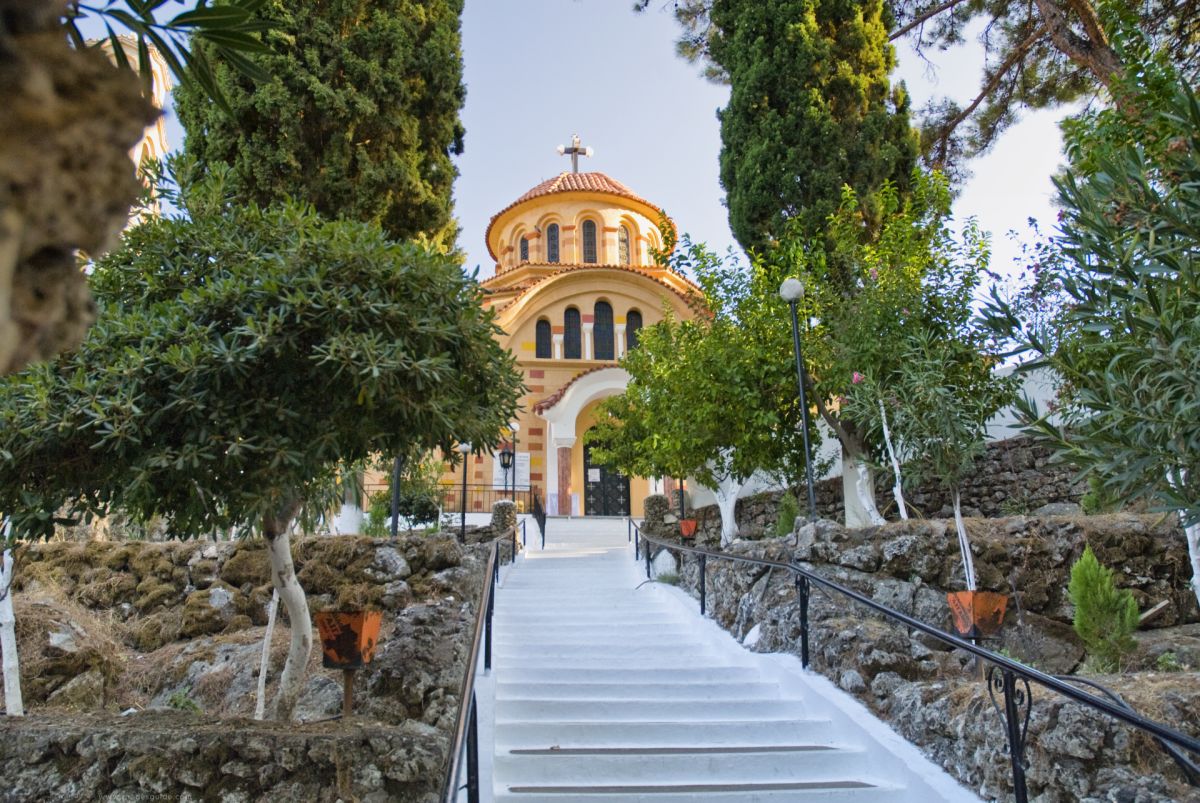 The massive attendance of the faithful, due to the many miracles of the Saint, led to the decision to demolish the small chapel and to build in its place in 1970 a new magnificent church in the architectural type of the free cross with a dome. The new church is also the katholikon of the Holy Monastery, the inauguration of which was carried out in 1974 by Metropolitan of Rhodes Spyridon.

Along with the katholikon, two cell wings were built on the south part, and the surrounding space was formed. Of characteristic beauty is the magnificent fountain at the central entrance with its multiple hydrants, from which plenty of fresh, cool drinking water flows, originating from the natural springs of Mount "Mesovouno" (Μεσόβουνο), at the foot of which the monastery is located.

The old monastery of Tsambika is built on top of a hill with gorgeous view to the sea and the surrounding area, offering breathtaking views over the beaches of Tsambika and Kolymbia.

Topics: Churches and Monasteries, Things to do

Read more about Palace of the Grand Master of the Knights of St. John