The beautiful and friendly village of Lardos, is on the sunny south east side of the island, within easy reach to Lindos Town. Lardos offers all the facilities you would expect of a modern holiday destination. There is a doctors surgery, dentist, pharmacy, hairdresser, exchange facilities, international telephone network, news agent, car, motorbike, and bicycle hire.

Life centers around the wide tree lined Lardos village square where many of the locals still go to draw natural spring water from the fountain, preferring it to the perfectly drinkable piped water supply. You will find many of the friendly locals enjoy sitting in the cafes (kafeneia) on the square, drinking Greek coffee or the local ouzo, while talking and playing backgammon (tavli).

The numerous local restaurants offer a variety of mouth watering selections of both Greek and international cuisines. By day, organized excursions are available to Lindos Village, and the Acropolis of Lindos, trips around the island, shopping trips to Rhodes Town and to the ruins at ancient Kamiros and the Monasteries. 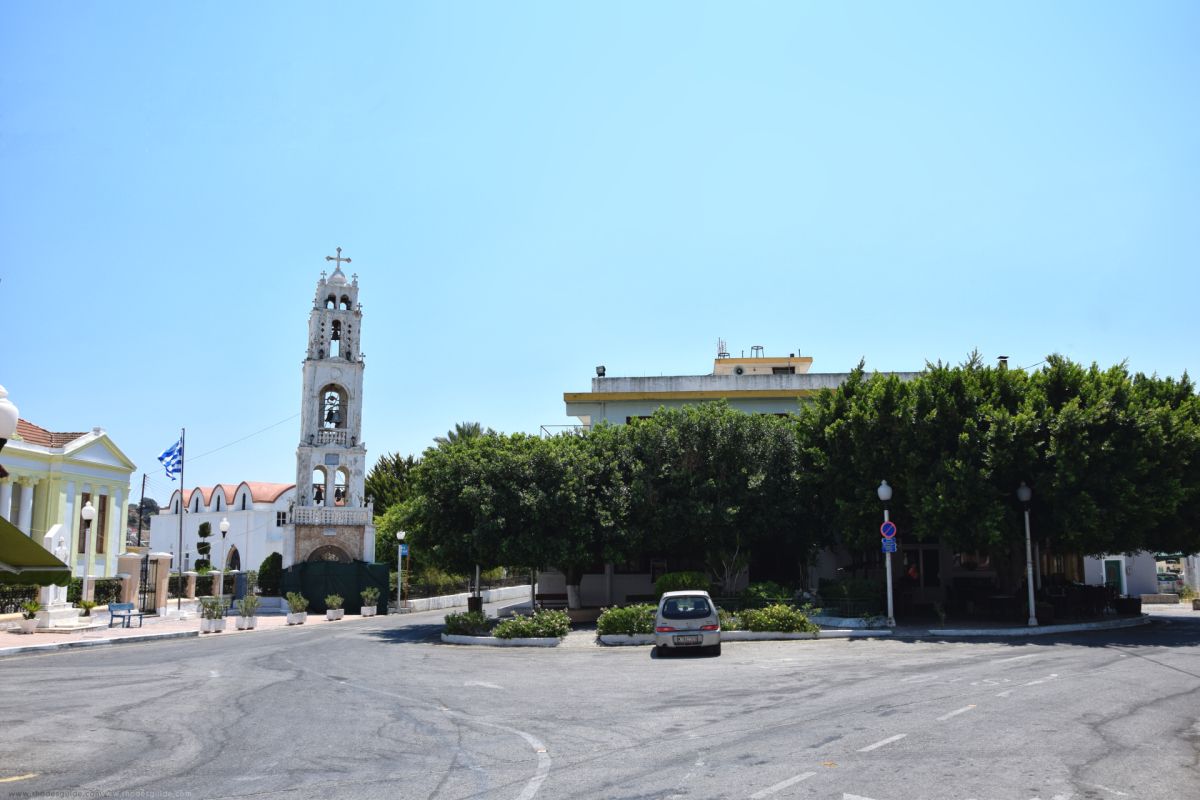 Sailing trips are also available to the island of Simi and to Marmaris in Turkey. By night, local bands will occasionally play live music on the square and plentiful bars do take on a more modern flavor of music. Alternatively, the local hotels also offer contemporary discos and Karaoke evenings, while Lindos, with its more extensive night life, can easily be reached by taxi or bus. Your enjoyment of the night life may include spontaneous Greek dancing in a bar, restaurant, or in a Greek wedding.

Paradisi is a traditional village on the northwest coast of Rhodes where you will find many restaurants, byzantine churches and friendly people. The bus service from and to Rhodes city is excellent.

I have stayed in and around lardos since 1997 sometimes twice a year, and can recommend the village which has all amenities you need, shops, bars, restaurants, cafes, supermarkets, chemist etc. The locals are very friendly and helpful. Well worth a visit even if you are just passing through.

2019 is another promising year for cycling events in Rhodes island. With the amazingly variable landscapes that can be friendly for beginners but at the same time advanced cyclists can find great challenges as well. Besides, what better location for a cycling event than a place blessed with more than 300 shinny days every year, where the local’s hospitality is routine and the famous Greek gastronomy approaches the peak of traditional tastes?