A small and peaceful beach below Monolithos - just a pebble beach and splashing among the waves. It is ideal for those who enjoy the wild beauty of nature.

2 reviews - add yours
Infrastructure & things to do at Fourni Beach beach:

Here you will find a pebble beach and splashing among the waves. It is a small and peaceful beach below Monolithos village. There is only route to bring you here, and you will find it by following the road to the castle of Monolithos.

Fourni beach is ideal for those who enjoy the wild beauty of nature. There are no tourist facilities here but only a small canteen that sells refreshments and light snacks. Umbrellas and sunbeds are in limited offering, it is advised that you bring your own. Otherwise you will have to get here early to secure a place in the shade of the rocks on the right-hand side of the beach. If you wish for more privacy, try the end of the path that runs to the left. Look for the rock ancient carvings in the shape of baths. According to local historians, the baths were built for the exclusive use of nobility.

There are a few pine trees, rocks to swim from, and often, waves - the western coast of the island has the roughest seas. You can find even wilder coves and bays, with sand, big pebbles and very few people, ideal for those who like wavy seas or fishing, by following the dirt roads as you make your way from Kattavia to Monolithos, opposite the solitary rock in the shape of a boat which rises up above the waves. 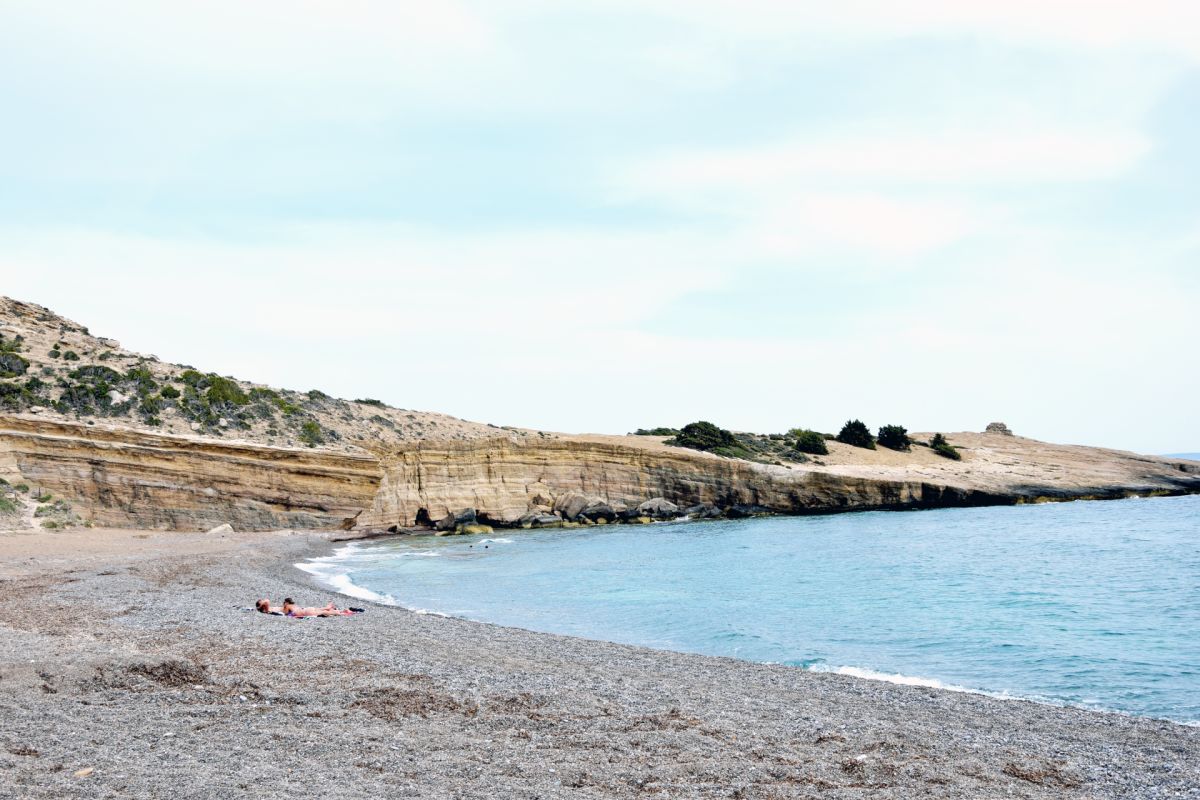 Prasonisi is for sure one of the most impressive beaches on Rhodes, at its southernmost end. Two sandy coves ending in an island that you can reach on foot or by swimming, depending on the weather and the level of the water.

Kattavia is an attractive farming village with a few old houses and a picturesque village square. It is popular with surfers since Kattavia is the village closest to Prasonisi, so it is no wonder that the few rooms available for rent are usually occupied by them.

Reviews & comments
What is on your mind? Leave a comment!

No pictures available; what a shame. My most beautiful photo's of my holiday at Rhodos were shot at Fourni. By the way, there is a small 'cantina' and there are umbrellas nowadays. But don't tell anyone else and enjoy the beautiful nature and the local people.