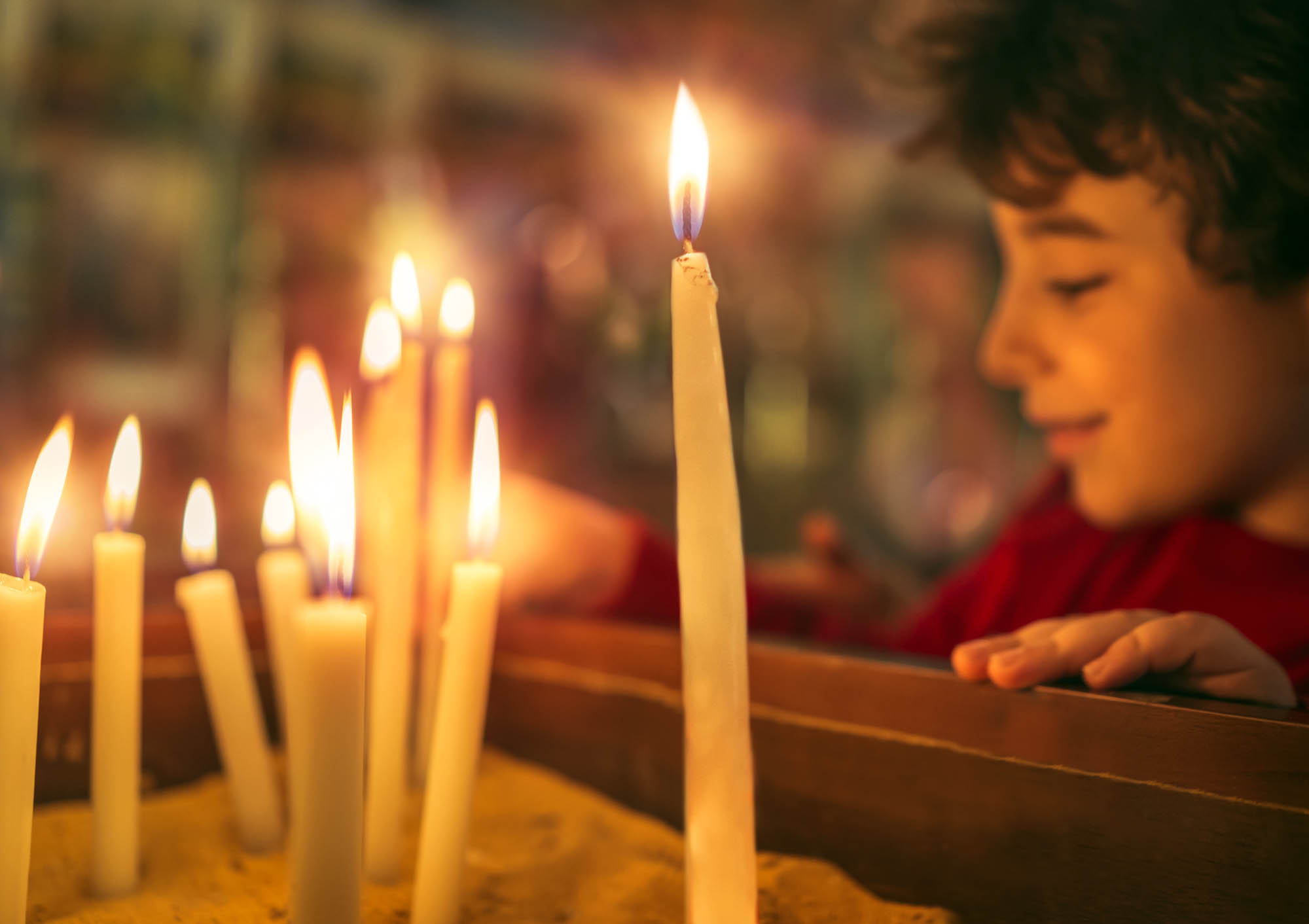 The Greek Orthodox Easter season starts with The Great Lent, beginning on a Monday (Clean Monday) seven weeks before Easter Sunday. This period is called “Sarakosti”. 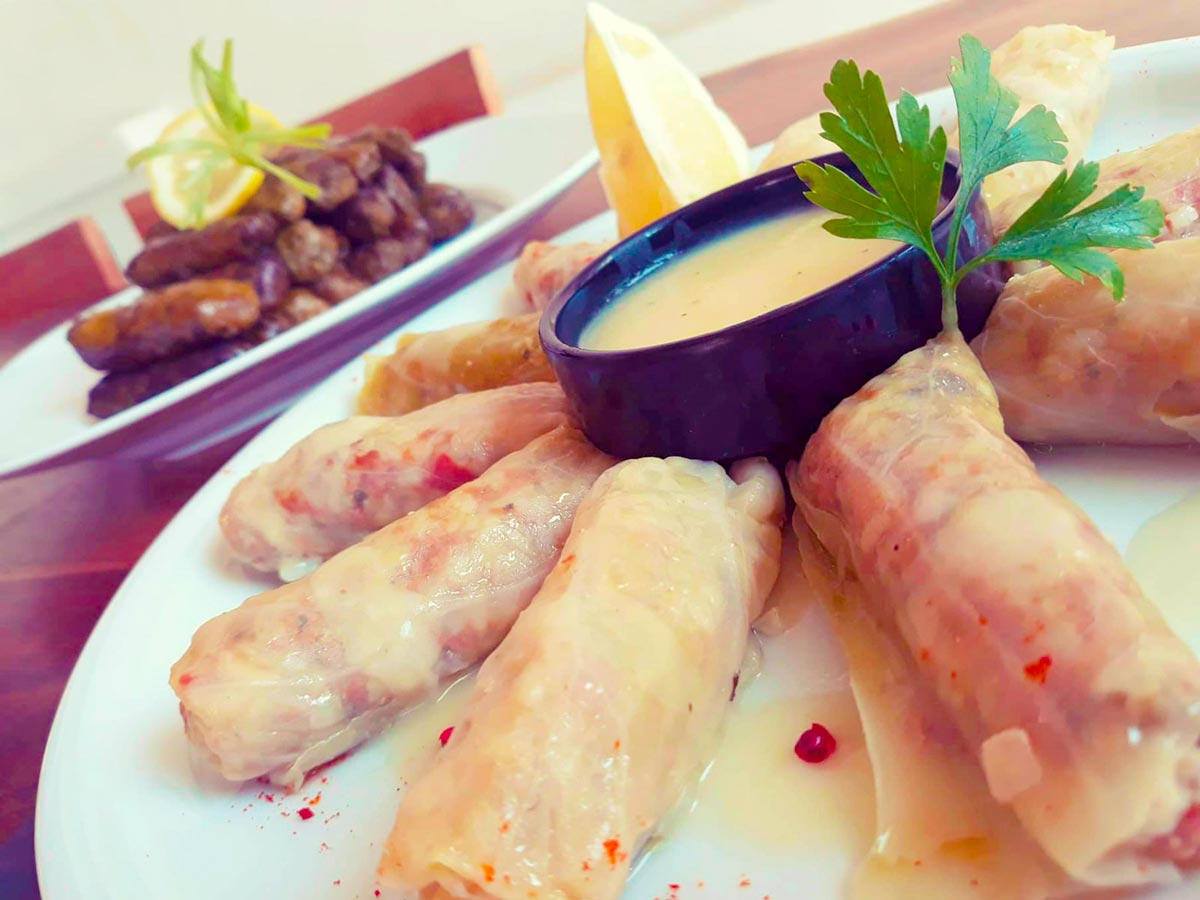 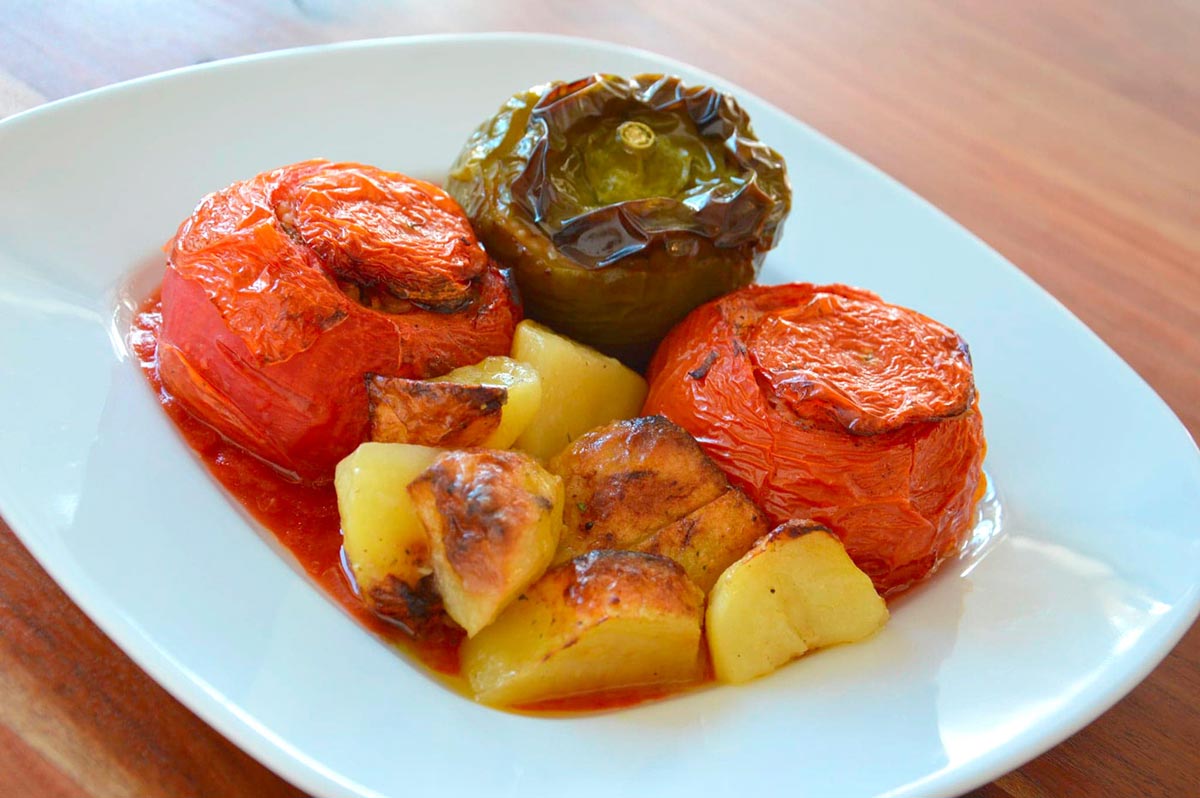 Clean monday, which signifies the beginning of Sarakosti, is one of the liveliest celebrations, and as a tradition friends and families gather together, very often having picnics in the countryside, beginning the feast with all sorts of appropriate delicacies. Foods eaten during Lent are restricted, but by no means does that mean that Lenten dishes are boring or bland. In the contrary: a history of a diet that leans heavily toward the vegetarian has resulted in a number of delicious foods that meet Lenten requirements. 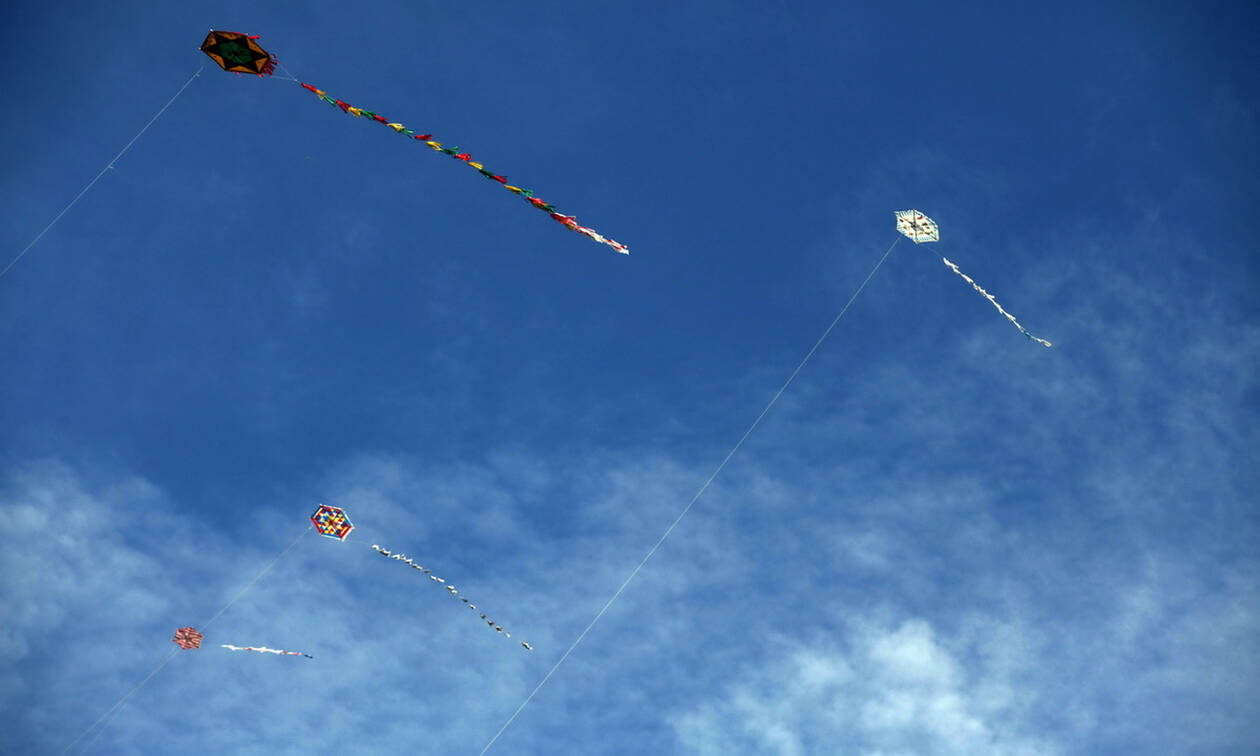 Another very popular and colorful tradition on Clean Monday is flying kites, many of them still handcrafted. If the weather is good on this day, the skies are filled with colorful kites, and people even make bets on who’s kite will manage to climb the highest in the sky.

A perfect time for Spring Cleaning

In addition to cleansing the body and spirit, Lent is also a traditional time for spring house cleaning. Houses and walls get new coats of whitewash or paint, and inside, cupboards, closets, and drawers are cleaned and freshened.

Easter week in Greece begins with the “Holy Week”, which is called "The Big Week" - (Megali Evdomada). It begins with "Big Monday" (Megali Deftera) and ends on "Big Saturday" (Megalo Savvato) at midnight with the celebration of Christ's Resurrection. The culmination of the auspicious Lent and the really sad "Megali Evdomada" is of course Easter Sunday - “Kyriaki tou Pasha”. 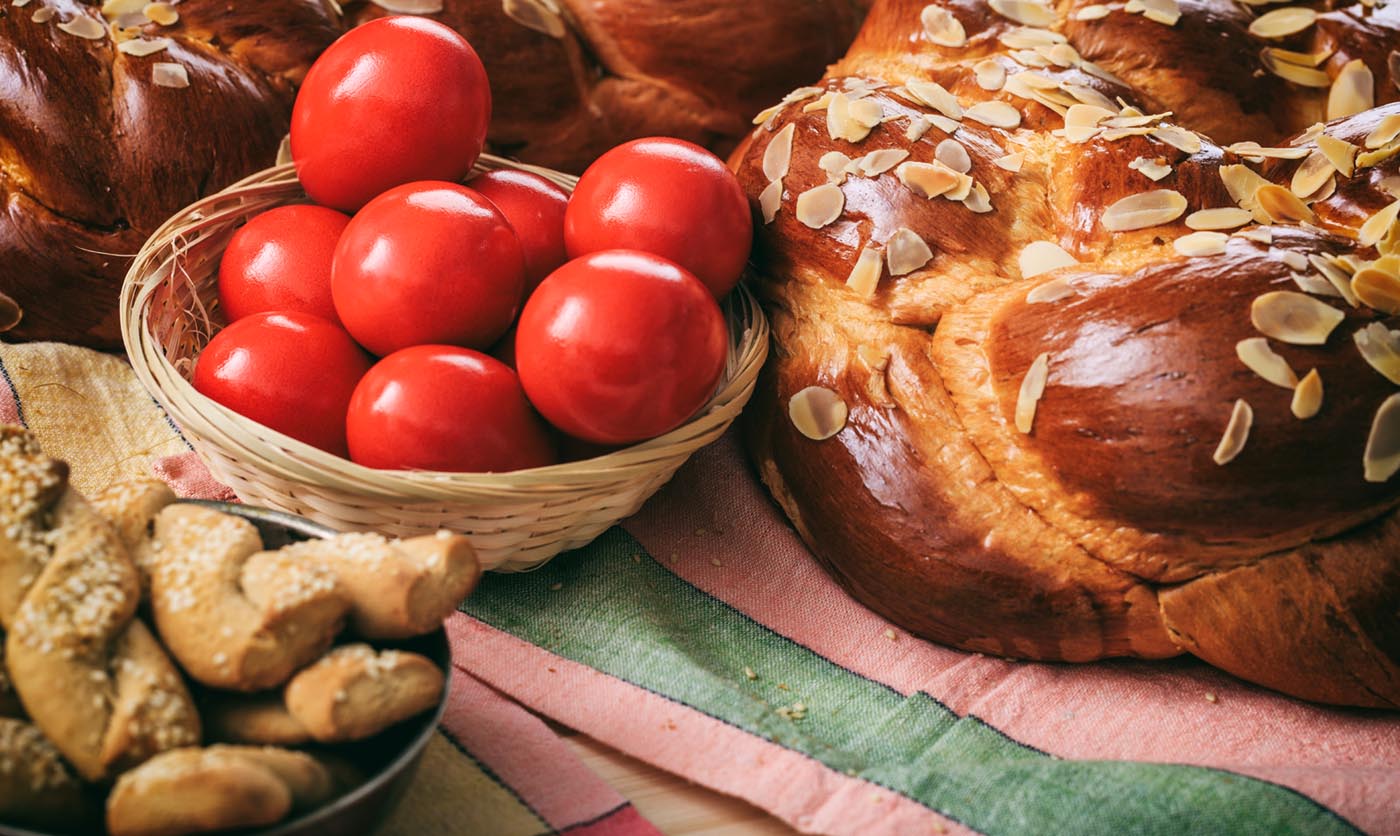 On Big Friday (Megali Paraskeví), probably the saddest day of the year for all Orthodox Christians, the body of Jesus is taken from the cross (apokathílosi) by the pastor. Often Jesus' body is depicted on a piece of wood and represented symbolically. Then the body is wrapped in a white sheet and placed behind the Holy Table (Agía Trápeza). At the same moment the Epitáfios, a gold-embroidered cloth with the body of Jesus, is placed on the wooden coffin and women walk around the coffin several times, sprinkle rose petals on it and sprinkle it with myrrh. On the evening of Good Friday, the pastor and his entourage carry the coffin, decorated with flowers, out of the church and walk it along with the faithful through the church's parish. One of the most iconic walks on the island of Rhodes is that in the Medieval Town, at the church of Agios Fanourios.

In the evening, the lugubrious and reiterated tolling of bells adds to the devout atmosphere, lamenting the death of Christ. The air is filled by the scent of Livani, a church incense made from frankincense and the fragrance of the spring flowers that cover the Epitaphios.


On  Easter Saturday (Big Saturday - Megalo Savvato), the faithful go to church early in the morning to participate in the holy communion, and take the bread which symbolizes the body of Jesus and the wine which symbolizes the blood of Jesus, to be blessed and wish each other a Good Resurrection, “Kalí Anástasi”.

On Saturday evening, all the people gather for the final time in the church, solemnly dressed and holding a traditionally decorated candle - the "Lampadha", waiting for the big moment. Throughout the ceremony, the pastor sings various psalms accompanied by the people who sing along. As soon as verse "Défte lávete fós" ("Come and take light") sounds, the Holy Light is passed on to the faithful by the pastor until all the candles burn. At midnight, the psalm finally announces the resurrection of Jesus Christ.

While the priest and the people sing the psalm three times together, at the same time the bells ring, fireworks light up the sky, candles burn and everyone hugs and kisses. They congratulate each other by saying the words "Christós Anésti!” (Jesus is risen) and as an answer "Alithós Anésti!" (He is truly risen). Finally one wishes one another “Chrónia pollá!” which means that everybody wishes one another mutually a good and long life.

After the wishes, most go home to finally enjoy the first meat dish after a long Lent. The traditional Easter soup "Magirítsa", consists of offals of lamb, liver, lungs, intestines, heart and various aromatic herbs and a lemon sauce.

Why is Greek Easter on a different date than Western Easter?

For those wondering why Greek Easter and Western Easter are only sometimes celebrated on the same day, here is the answer.

The day for Greek Easter is governed by these three main conditions:

So, in short, the basic reason for the difference between the two Easters is that "Western" Easter uses a different set of calculations based on the current Gregorian calendar instead of the ancient Julian one. Under the Gregorian system, Easter can actually be in March, something that can not happen with the Julian-based method of calculating Easter.