Getting married on Rhodes is not just about the ceremony. There are noumerous spots that will make your wedding photos look like comming just out of a fairytale. We have compiled a list of the top locations in Rhodes to shoot your wedding photos. 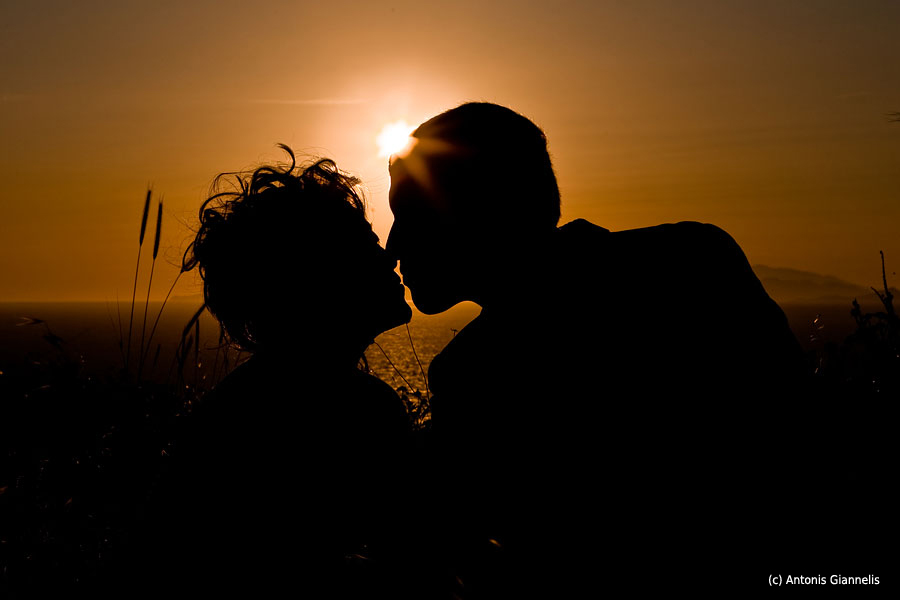 Lindos is for most visitors the most impressive archaeological site on Rhodes. Here the dramatic natural landscape is enhanced by the picturesque quality of the more modern town. You will find the most important archaeological monuments at the acropolis, but interesting ruins are scattered at various points within the town and just outside it as well. A road leads high up to the acropolis, and if you wish to avoid the tiring climb you can hire a donkey at the entrance of the town.

Lindos is a town and an archaeological site on the east coast of Rhodes. It is about 55 km south of the town of Rhodes and its fine beaches make it a popular tourist and holiday destination. Lindos is situated in a large bay and faces the fishing village and small resort of Haraki. Above the modern town of lindos rises the acropolis, a natural citadel which was fortified successively by the Greeks, by the Romans, the Byzantines, the Knights of St John and the Ottomans. This makes the site difficult to excavate and interpret archaeologically. The acropolis offers spectacular views of the surrounding harbours and coastline.

When you approach the walls of the Old Town of Rhodes, you are about to enter the oldest inhabited medieval town in Europe.

The Medieval town of Rhodes stands out as an example of an architectural ensemble illustrating one of the most significant periods in the history of the island, in which a military hospital order founded during the Crusades, Also known as Knights Hospitaller, Knights of Saint John and Order of Saint John, survived in the eastern Mediterranean area in a context characterized by an obsessive fear of siege. The fortifications of Rhodes, a town long considered to be impregnable, exerted an influence throughout the eastern Mediterranean basin at the end of the Middle Ages.

Do not be misled by the term "medieval" into thinking that what you will see is a ruined and deserted city. It is a bustling neigbourhood of some 6000 people, who live and work in the same buildings in which the Knights of St. John lived six centuries ago. It's a thrill to behold. Medieval buildings, mosques, traditional fountains, oriental motifs, Byzantine and Gothic churches, shops and cafeterias are scattered throughout the Old Town of Rhodes, all blending together to create a unique and picturesque whole. You can choose to make your photos in one of the aprox. 200 streets or lanes that comprise the complex road grid, or infront and inside of the noumerous medieval historical buildings. For sure, the most impressive would be the Palace of the Grand Masters, with its imposing entrance.

For photos of the Medieval city of Rhodes visit this page 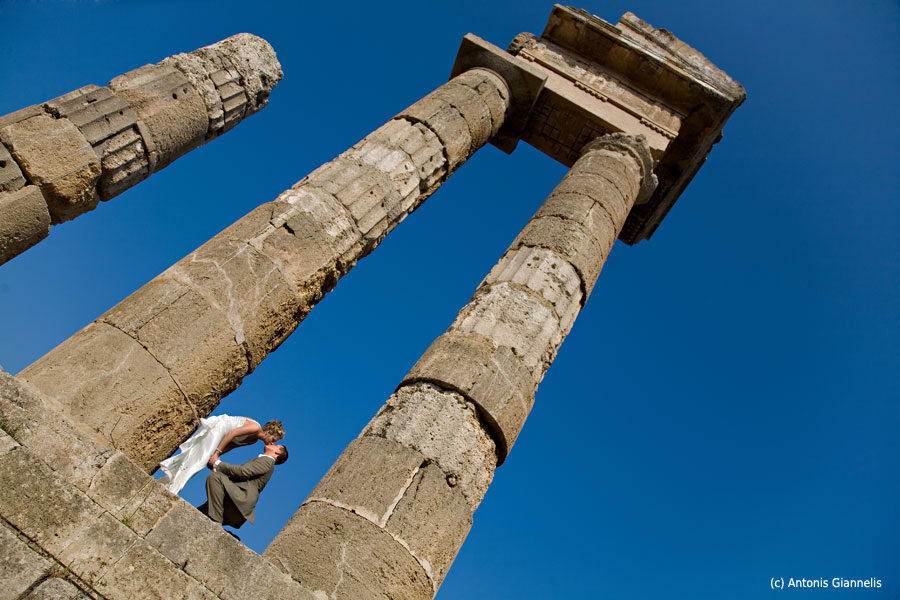 Overlooking the western shores of Rhodes, the Acropolis of Rhodes is one of the most impressive locations offering overwhelming views and magical sunsets. Here you will find the remains of the Temple of Apollo and the ancient stadium.

For more information and photos about the Acropolis of Rhodes, visit our information page

Filerimos is situated near the village of Trianta, which stands on the same site as the Doric city of Ialysos, in ancient times. When the Dorians arrived around 1100 BC Ialysos became member of the alliance known as the Dorian Hextapolis. Archaeologists came across the necropolis of ancient Ialisos between Trianta and Filerimos. Remnants of these periods and lot of the successive conquerors can still be seen. On the way up the ancient road to the Acropolis, you see the m see the foundations of the temple of Zeus and Athena. On top you’ll find the beautiful church, dedicated to our Lady. This Monastery was destroyed under, the Turks and rebuilt by the Italians who installed Capuchin monks in it. They built lovely walkways and quit corridors. The monks made a quite excellent cocktail which you still enjoy today.

Filerimos offers an excellent site for your wedding photos.

For a photogallery of Filerimos, check our Filerimos photo gallery page 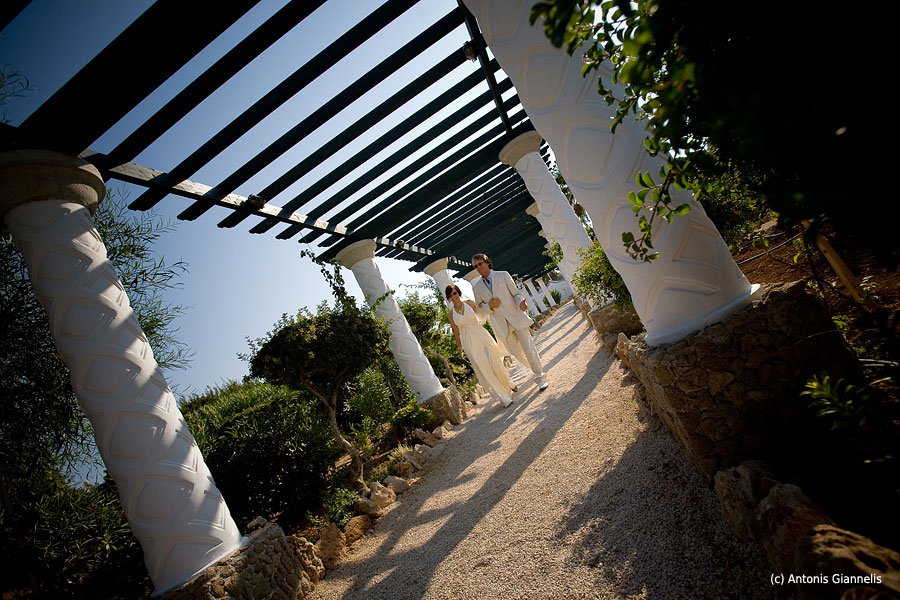 Other excellent photography locations on Rhodes include 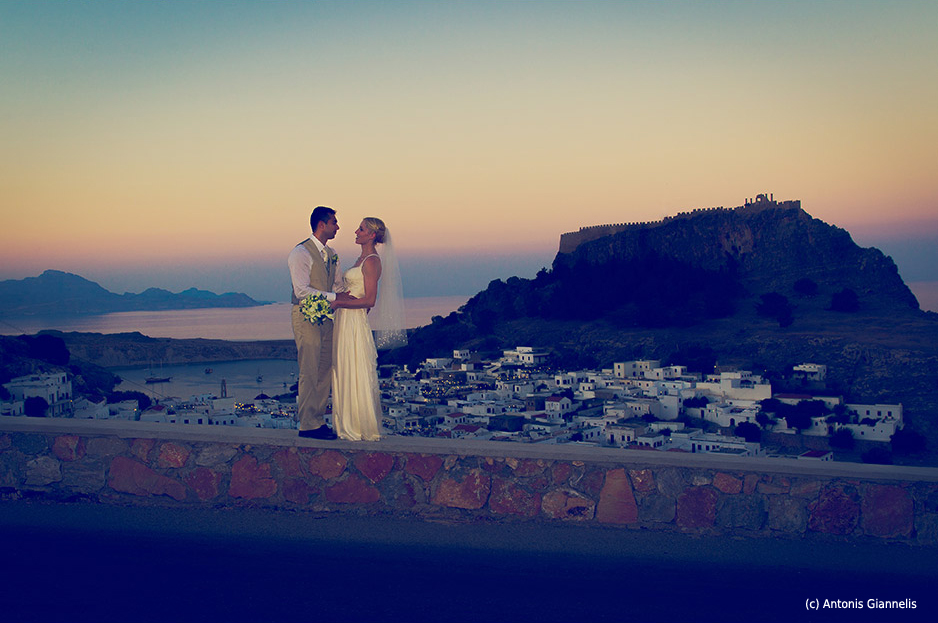